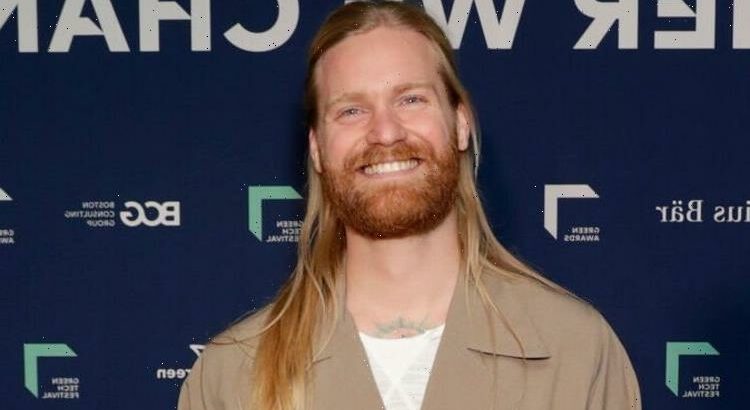 Eurovision: Sam Ryder announces he is the UK's entry artist

Singer Sam Ryder made a mark on the British public throughout the first few lockdowns in the UK. His song covers on TikTok were noticed by the likes of Justin Bieber, Dua Lipa and Alicia Keys. And now he is going to represent the country in the Eurovision Song Contest 2022. And fans of the competition are thrilled.

The UK had a dreadful time at Eurovision last year when our entrant, James Newman, finished the final round with nothing – nil points.

The year before that, 2020, the contest was cancelled, so the UK never had a chance to compete. And in 2019 Michael rice received 11 points overall.

Sam Ryder said today it is a “privilege” to represent the country in the legendary competition.

He said on BBC Radio 1: “I love Eurovision. I think it’s such a privilege to be able to do it. I don’t want to let the stigma or fear of coming at a certain place in a table stop me from doing something and being a part of something that I enjoy so much.” And people are already excited by the prospect of the UK actually standing a chance in the contest.

Speaking out about the announcement one fan, Michael, said: “Finally! Something that doesn’t sound bland, forgettable or pathetic. For the first time in a long time, I actually like what my home country is sending to Eurovision.” (sic)

Lorelai added: “Finally, the UK picked and artist and a song that sounds authentic to the artist! That’s the formula to doing well at Eurovision, not some generic songwriting-camp music. Juries will love this and the televote will also give you points!” (sic)

Lillie said: “Go UK! Loads of potential here. This has jury and televote appeal, and with the right staging could do well. UK, get behind your artists and start making that change this year. Your song is good and you should support Sam!”

Rustam sent in some international praise, saying: “this year we are definitely not going to hear “ I’m sorry, UK, 0 points”, cause the song is amazing. Welcome back to top 5 after ages, guys. Good luck from Azerbaijan.” (sic)

Ryder is excited to perform at the competition, despite the fact his predecessor received no points – the first time that had happened since 2003. He said: “As long as I can go to Eurovision and know in my heart of hearts I’m going to do the best job I can then everything else is out of my control.”

Ryder also spoke out about the ongoing conflict between Russia and Ukraine. He said he tries to come back to the fact that “music is about sharing and connection”. He added: “The only thing I have in my power to do is remember kindness, gratitude for the opportunity and empathy.”

Last year’s winner of the Eurovision Song Contest was Italy with their act Maneskin.

The rock band won the competition with their incredible hit Zitti e buoni. They beat the UK’s act by 524 points overall. But this could be Sam Ryder’s year. The last time the UK were in the top ten for a Eurovision final was in 2009 with the act Jade Ewen.