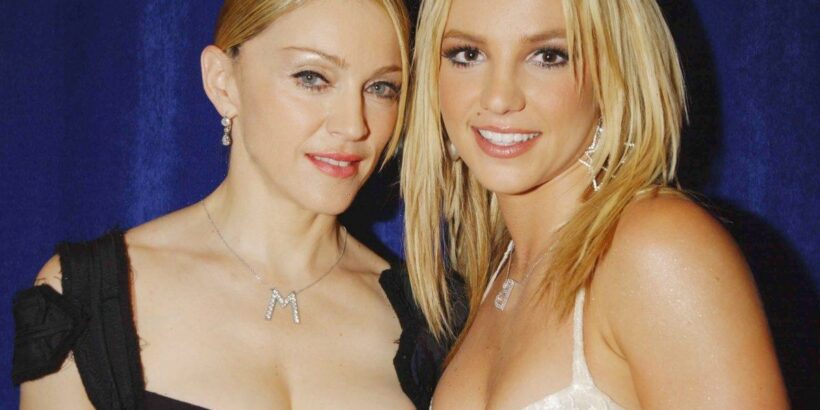 Britney Spears has made no secret of the fact that Madonna is one of her major inspirations. When Spears first met the Queen of Pop, she was very nervous and did something “stupid.” Spears revealed how the “Like a Prayer” singer reacted to her.

This celebrity wrote a short essay about Madonna for ‘Rolling Stone’

Rolling Stone released many lists of superlatives. In 2010, the magazine published a list of the greatest artists of all time. Madonna ranked No. 36 on the list. Aretha Franklin was No. 9 on the list, making her the only female artist ranked higher than Madonna. Spears wrote a short essay discussing her feelings about Madonna’s songs, performances, and personality.

Spears said she was a massive fan of the “La Isla Bonita” singer. “I remember being eight or nine years old, running around my living room singing and dancing and wanting so much to be like her,” Spears wrote. “All my girlfriends still listen to her stuff. We’re all mesmerized by her. Madonna’s stage presence has inspired so many artists. You can see her influence in the recent generations of artists who have picked up some of her moves and have been influenced by her style.”

What happened when Britney Spears met the Queen of Pop

Spears also mentioned the first time she met Madonna. “The first time I met her was when I flew to visit her at one of her shows in 2001,” Spears wrote. “I walked into her dressing room, and her daughter, Lola, was there, and I felt really nervous.”

Spears wanted a hug. “I said to Madonna, ‘Can I just hug you?’” Spears recalled. “I was so stupid! But she was so nice about it. I would definitely not be here, doing what I’m doing, if it wasn’t for Madonna.”

Spears was impressed with Madonna’s personality. She said Madonna is loving, self-confident, and magnetic. Spears felt the Queen of Pop being herself was an integral part of her artistry.

The way the world reacted to Britney Spears’ collaboration with Madonna

“Me Against the Music” became an even bigger hit in the United Kingdom. The Official Charts Company reports the track peaked at No. 2 in the U.K., staying on the chart for 15 weeks. In the Zone peaked at No. 13 in the U.K. and lasted 43 weeks on the chart. Spears is a fan of the Queen of Pop and their collaboration became an international hit.