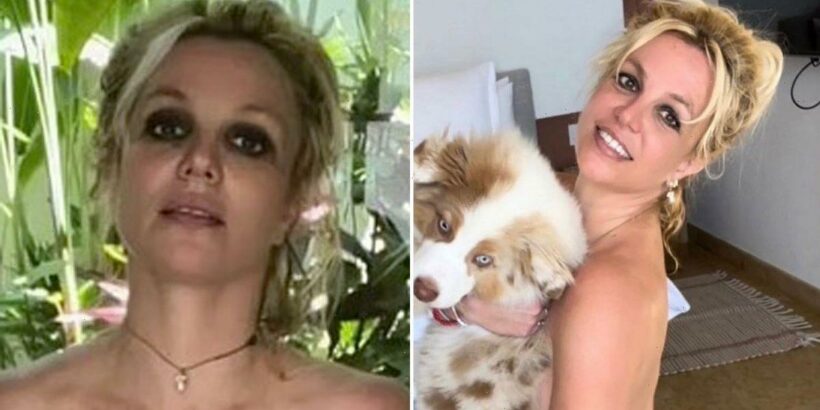 Recently, the star revealed the reason to her decision on posting such revealing shots.

Opening up to her 33 million Instagram followers, Britney discussed the meaning behind them.

Some of her nude pics see her lying face down gazing at the camera, while most others have her covering her breasts with her hands.

Another few saw her on her knees showing off her bum for the cameras.

Many of the posts see her covering her assets with emoji’s but as to why she is so open about her body has remained a mystery.

“I want you to understand my thoughts on exposing my skin,” she began on her Instagram account.

"I bet you’re wondering why I’d expose my body NOW … well it’s because I was born into this world naked, and I honestly feel like the weight of the [world] has been on my shoulders and it’s made me view myself that way!"

She added: " “I am a woman …. a beautiful … sensitive woman who needs to look at myself in my purest form !!!

“I wanted to see myself in a lighter way … naked … like the way I was born.”

The starlet also stated that the nude pics will not be forever as that would be “boring” but currently does so to hope further “enlighten” people.

"Seeing myself in my purest form gives evidence that pain … hurt … tears … and heavy burdens aren’t who I am."

Britney was released from a nearly-14-year conservatorship which saw her under strict control from her father Jamie Spears.

The conservatorship involved control of both her estate and her financial affairs with her father being in charge of both parts.

Despite the end of this, drama continues to shroud the pop star.

She continues to be estranged from members of her family including parents Jamie and Lynne Spears and siblings Jamie Lynn and Bryan and most recently her two sons Jayden James and Sean Preston Federline.

To which, she replied in a now deleted voice note that “I don’t believe in God anymore because of the way my children and my family have treated me.

She added: “There is nothing to believe anymore. I’m an atheist.”