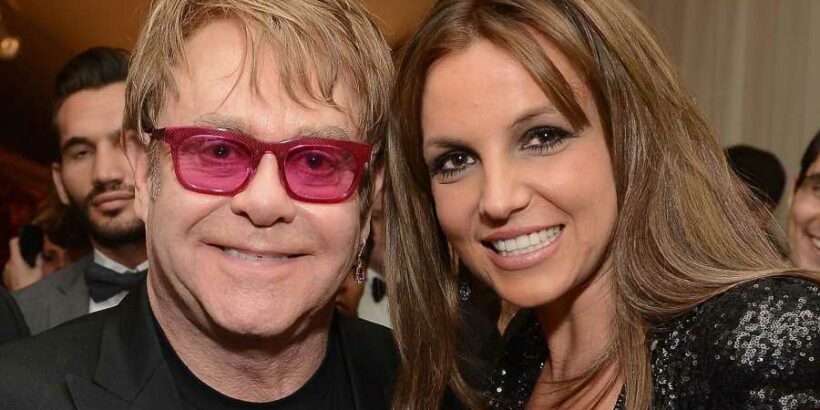 Britney’s back, bitch! Pop icon Britney Spears is back in the studio, six years after releasing Glory, thanks to a duet with none other than Elton John.

Though a release date has yet to be announced, John confirmed the collab, sharing an image of the single artwork, which features a simple rocket emoji and a red rose, symbols used by each of the artists. A pre-save link for the track, leading to John’s website, was also made available.

The confirmation of the new song from John and Spears comes two weeks after Page Six reported that the two had recorded a duet of his 1971 classic “Tiny Dancer.” It’s unclear if the new single interpolates the song, or if it’s a separate project, though the words “hold me closer” are featured throughout the chorus of the John classic.

“Hold me closer, tiny dancer/Count the headlights on the highway,” he sings on the original. “Lay me down in sheets of linen/You had a busy day today.”

Panic! At the Disco Reflect on Their Rise on New Song 'Local God'

According to Page Six, the two icons reportedly recorded their new version of “Tiny Dancer” — the track Rolling Stone ranked as the Number 47 best song of all time — together in Beverly Hills, alongside producer Andrew Watt.

The upcoming song is the first taste of music from Spears since she was freed from her 13-year conservatorship last November. It’s also her first release since her label dropped a deluxe edition of her 2016 LP Glory in 2020.

Spears, who married her longtime partner Sam Asghari in early June, recently shared a clip that features her singing her pop hit “Baby One More Time” a cappella. “I haven’t shared my voice in an extremely long time … maybe too long,” she captioned the video, adding that she’s been pushing for releasing a new version of the track for some time.

As for John, he’s been collaborating with modern pop artists over the last few years. He enlisted Dua Lipa for “Cold Heart (Pnau Remix),” which interpolates a few of his songs, including “Rocket Man (I Think It’s Going to Be a Long, Long Time),” and “Nothing Else Matters” with Miley Cyrus for his 2020 Lockdown Sessions LP. He also joined Lady Gaga on Chromatica‘s “Sine From Above.”