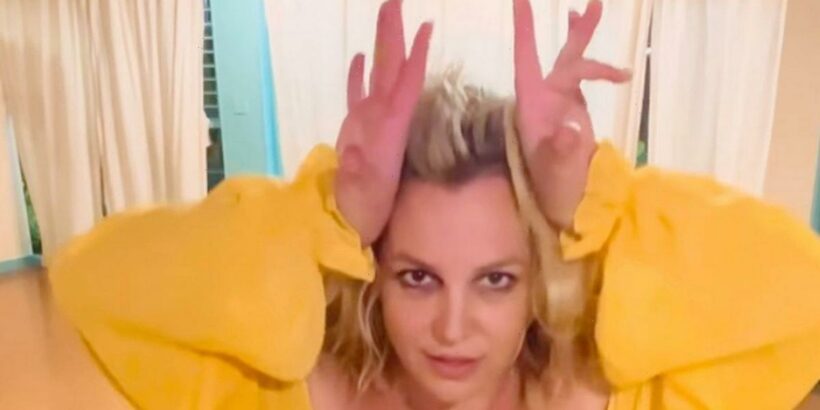 Britney Spears’ Instagram followers are becoming increasingly concerned for the star after she shared a recent video of herself dancing.

The pop princess regularly shares clips of herself dancing and often repeats the same dance moves – she likes to spin around with her arms outstretched, gyrate her hips with her thumbs in the belt loops and swish her hair back and forth.

Her most recent video was no exception and showed the star wearing a long sleeve yellow top covered in ruffles and a pair of tiny black Nike shorts.

READ MORE: Britney Spears says she wants to get 'naked in water' to 'awaken' consciousness

In the caption, Britney wrote: “OK, so maybe I overdo it when I come to Maui. I’m sorry, but it’s awesome here! I actually want to wake up earlier in the morning! I’m awakened here!”

She went on to explain that it could be “her subconscious telling her consciousness to be guided to places of awakening,” before she considered “jumping in the water naked”.

Spears confirmed that she “didn’t want to offend anyone” with her antics, but fans were more concerned about her behaviour in the video.

Many of them noted that she often shares clips of the “same thing,” whereas another simply commented that they “can’t pretend this is OK anymore” and urged “someone to stop this”. One confused follower typed: “Why isn’t she showing all the fun holiday stuff people do on holidays? The scenery, the experiences, the people? Makes zero sense to be on an “awesome” vacation but decide [that] instead of posting all the fun content, she [will post] the same old content of her spinning in circles in a room alone.”

Another fan then chimed in: “Why is she still doing the same thing she was doing while in conservatorship? I want to see her travel, do more, and live her best life! Dancing videos are cool, we enjoy them, but we want to see you live.”

They clarified that they “mean no disrespect” but simply that she “deserves to live a full life” now that “no one is holding her back”.

However, celeb pal Paris Hilton praised her for the video and left her a heart-eyed emoji, while plastic surgeon Gary Motykie sarcastically commented that he was “waiting for everyone to say something about the video is wrong”.