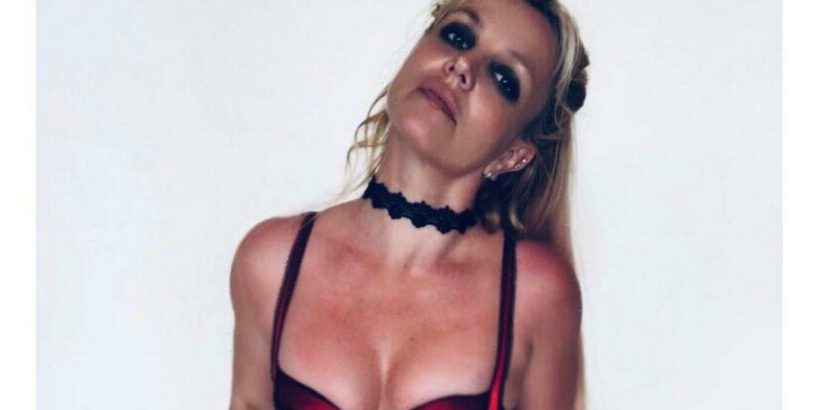 Wearing a red and black babydoll teamed with a black choker, black heels and a sultry smokey eye makeup look, the 39-year-old posed for the camera in front of a white backdrop.

Whenever the star posts on social media, her fans go wild trying to decode her messages.

Captioning the sexy snap: "All has been said and done full circle … back to RED !!!!"

Fans instantly began to decode the cryptic message, speculating what her words might mean, with one saying: "We can’t wait for PROJECT RED"

A flurry of fans flocked to the comments section, with many echoing the 'Free Britney' message.

A lot of fans seem worried about the star, with many claiming they don't believe her Instagram page isn't being run by her.

One fan said: "These posts can’t be really her, after listening to her powerful testimony."

While another said: "Would be awesome if she managed her own account"

A third wrote: "Britney, hun, we know this isn’t you." The star has recently testified in court in a bid to be freed from her controlling conservatorship.

Since the mid-90s, Britney had been managed by Larry Rudolph who recently resigned and who clained that the pop singer intends to retire.

Britney's conservators are her father Jamie Spears and Jodi Montgomery.

Rudolph wrote a letter to them recently, which read: “It has been over two-and-a-half years since Britney and I last communicated, at which time she informed me she wanted to take an indefinite work hiatus.

“Earlier today, I became aware that Britney had been voicing her intention to officially retire.”

Britney's mum, Lynne Spears has also pleaded for her daughter to be freed.

Her mum has recently asked Judge Brenda Penny to “listen to the wishes of her daughter".

It isn't clear what will happen with Britney, but what is clear is how she, her close friends and family, and her fans want her to be freed.