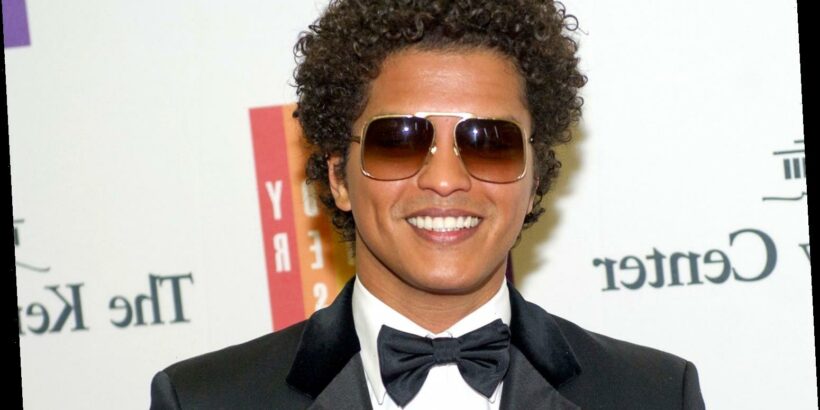 Brace yourself — there's new Bruno Mars music on the (very near) horizon!

The 11-time Grammy winner, 35, announced on Thursday night that he and fellow musician Anderson .Paak have joined forces to form a band called Silk Sonic.

"We locked in and made an album," Mars wrote, sharing what is presumably their album art — featuring artistic renderings of the faces of Mars and .Paak. The album will also include an appearance from "special guest host Bootsy Collins," according to the image.

The album — seemingly named An Evening with Silk Sonic — will mark Mars' first album since 2016's 24K Magic, with which he swept the 2018 Grammys, nabbing six awards.

Although Mars has not released an album since 2016, he has teamed up with other musicians for multiple singles, including "Wake Up in the Sky" with Gucci Mane and Kodak Black, "Please Me" with Cardi B and "Blow" with Ed Sheeran and Chris Stapleton.

Meanwhile, .Paak — whose latest album is 2019's Ventura — has been a staple on Barack Obama's playlists. In fact, the former president, 59, even gave him a shout-out in a video .Paak shared to Instagram last month, which showed Obama telling .Paak he and his entire family "love [.Paak's] work." As for other projects on the horizon, Mars is set to star in and produce a music-driven movie for Disney, which he confirmed on Instagram last February. Deadline reported that the movie would mostly feature original music from the singer.

Mars confirmed the news on Instagram with a sweet video of himself playing "When You Wish Upon a Star" from Disney's Pinocchio on a piano inside a music studio.

"If your heart is in your dream ‬/ No request is too extreme / ‬When you wish upon a Star," he wrote, referencing the song's lyrics. He also added the hashtags "#MarsMeetsTheMouse," "#ImGoingToDisneyland" and "#YESSS!"

This would be only the third acting credit for Mars, who previously appeared in the Nicolas Cage and Sarah Jessica Parker comedy Honeymoon in Vegas as a child actor in 1992, and voiced a character in the animated movie Rio 2 in 2014.