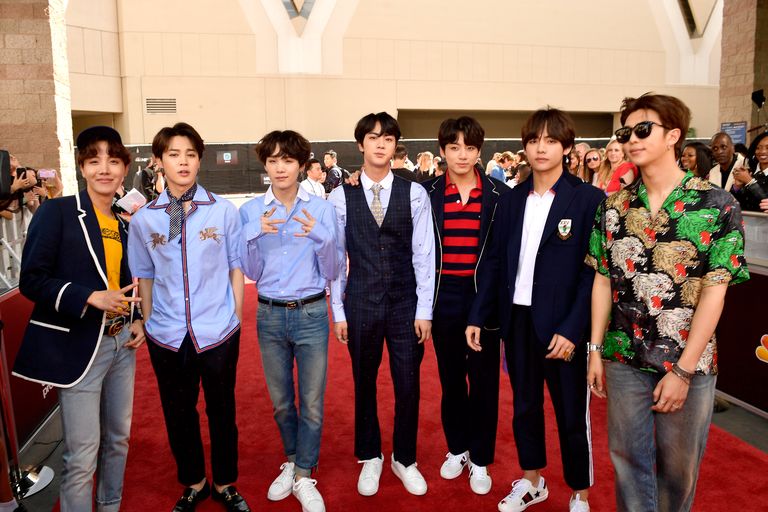 The Billboard Music Awards red carpet is now underway, and it was all good and fine and uneventful until K-Pop faves BTS MADE THEIR ENTRANCE. Honestly, no offence to anybody else but this carpet has now peaked. We might as well just call it a day and start the ceremony because look. at. them.

Look at them! It’s like looking at joy in its purest form! Jimin, Jin, J-Hope, Jungkook, Suga, V and RM were on form, and things only got more charming when red carpet host Jason Kennedy asked about their latest album, Love Yourself: Tear, and specifically wanted to know what they’re proudest of. RM’s response? “The thing we’re most proud of is our fans, our ARMYs. They make this all possible.” ?

Another important tidbit: when Kennedy asked who they’d most want to collaborate with, the boys said Shawn Mendes. So…. watch this space? Maybe? But more importantly watch the BBMAs tonight, because BTS will be performing their new song, “Fake Love”. You’ll recall that the boys made their US awards show performance debut last November, when they slayed the American Music Awards with a performance of ‘DNA’, and you know they’re going to bring it this evening. So ready.