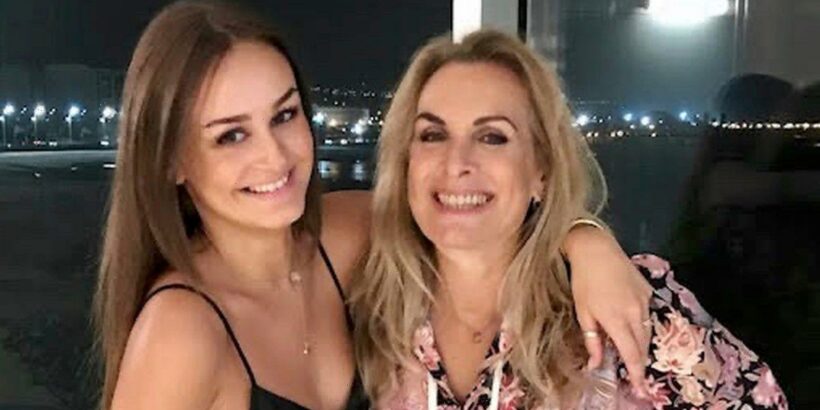 Bucks Fizz's Jay Aston has told how her teenage daughter Josie is seriously ill in hospital after battling bacterial meningitis.

Almost a month ago Josie, 18, was rushed to intensive care and put in an induced coma after her organs began to fail.

Josie was taken out of the coma after 5 days and has since moved specialist unit but has been left with permanently kidney damage.

Kay, who shot to fame when Bucks Fizz won the 1981 Eurovision Song Contest, told The Mirror: “It’s been absolutely devastating. We were told it was 50/50 whether she would pull through. We still don’t know when she’ll be coming home.

“I sat by her bedside night after night willing her to make it. I couldn’t believe this was her fate, because she’s such a lovely person. She’s outgoing, kind, good-willed and full of life. It just felt so cruel.

“I’ve been doing a lot of praying. She’s my world – we’re ridiculously close. I just couldn’t imagine being without her.” Josie was rushed to hospital on March 22 after Jay, 60, spotted a rash on her daughter’s arm which she feared was a sign of meningitis.

Doctors later said that if it was not for her quick-thinking, her daughter would not have survived.

Jay explained she first realised something was wrong with her daughter when Josie phoned her and told he she felt unwell.

Jay found her daughter shaking after she drove to the family home.

She recalled: “She’d been lying out in the sun so I thought it was maybe heatstroke. A couple of days before that she’d complained that her joints were aching, which I’d put down to growing pains.

Josie later developed a headache, neck pain and a temperature which didn’t come down with paracetamol – prompting Jay to call an ambulance, which took her to nearby Princess Royal University Hospital in Farnborough, Kent.

Within an hour Josie’s entire body was covered in the rash and her lungs began to fail the following day.

Josie was diagnosed with bacterial meningitis, which is more serious and much rarer than the much more common viral meningitis.

The condition can cause life-threatening blood poisoning and usually occurs when bacteria enters the bloodstream and travels to the brain and spinal cord.

Josie was later taken to intensive care where she was put into an induced coma, given oxygen and treated with antibiotics.

Jay recalled: “Doctors said all her organs were failing and it was 50/50 whether she would live. I couldn’t believe what I was hearing. She was only 18 and just a few days earlier she’d been 100% fit and healthy.

“She was just about to go on holiday with her best friends and start a new job in sales and marketing, which she was really looking forward to.”

Josie remained in the coma with Jay sleeping beside her bed in a chair -and after five days doctors took Josie out of the coma, but there was no improvement.

Eventually Josie opened her eyes after two days and after a day she began to speak.

But realising her kidneys had been damaged, doctors moved her to Kings College Hospital in south London to be treated in its specialist kidney unit.

Jay said: “The doctors and nurses have been incredible. They’re still not happy with the results of her blood tests, so she’s having blood transfusions and kidney dialysis. Her kidneys are recovering, but not fully working.”

Josie also still has a rash on her forehead and knees and has been warned she will have permanent scars on her legs where the rash caused the skin to blister and fall off.

Her feet are swollen and bandaged where the rash is still weeping and the skin on her left hand fell off.

Jay said: “She’s had difficulties standing because of the pain in her feet and one toe was completely black. It’s quite common to lose limbs when you have meningitis so badly. We thought they might have to amputate it, but luckily, it’s coming back.

“Josie has been incredibly brave, but her spirits are low. She’s desperate to get home. There have been blood transfusions, ECGs, she’s got a big line in her neck and she’s been on and off dialysis. She’s not going to be well for months, possibly the rest of the year.”