For the first time in a decade, Buddy and Julie Miller, two of Americana music’s most influential artist-songwriters, have announced the release of a new album. Breakdown on 20th Ave. South reunites the couple – married since 1981 – for their first collaborative LP since 2009’s Americana Music Association Album of the Year, Written in Chalk.

In advance of the June 21st album release, New West Records has issued the project’s first single, “Spittin’ on Fire” backed by “War Child,” with both tracks highlighting the couple’s ragged harmony borne of centuries-old Appalachian folk and imbued with guttural, honky-tonk-laced rock & roll. The physical single will be available at record stores on Friday, March 29th, and two subsequent physical singles from the forthcoming album will be backed by exclusive B-sides. Release dates for those discs will be announced in the coming weeks.

Breakdown on 20th Ave. South, which takes its name from the location of the couple’s home studio in Nashville, was delayed not only by Julie’s health issues, which have been ongoing for several years, but also by Buddy’s increasing status as a musician and producer, which led to backing Robert Plant and Alison Krauss on their Raising Sand tour and producing projects by Plant, Solomon Burke, Richard Thompson, Shawn Colvin and Steve Earle, Patty Griffin, and the War & Treaty. Miller also joined the ABC-CMT series Nashville, teaming with Executive Music Producer T Bone Burnett then taking over that role following Burnett’s departure. In addition, he continues to co-host the Buddy & Jim Radio Show on SiriusXM with songwriting friend Jim Lauderdale.

“In my mind I thought I was always about to get back to work with Julie, but in reality I kept getting put off,” Buddy says in a release. “I apologized a lot. I look back, and I realized I was neglectful. It was a mistake I wish I hadn’t made. What Julie and I create together is fulfilling to me in a way nothing else is, and I should have nurtured it more.” 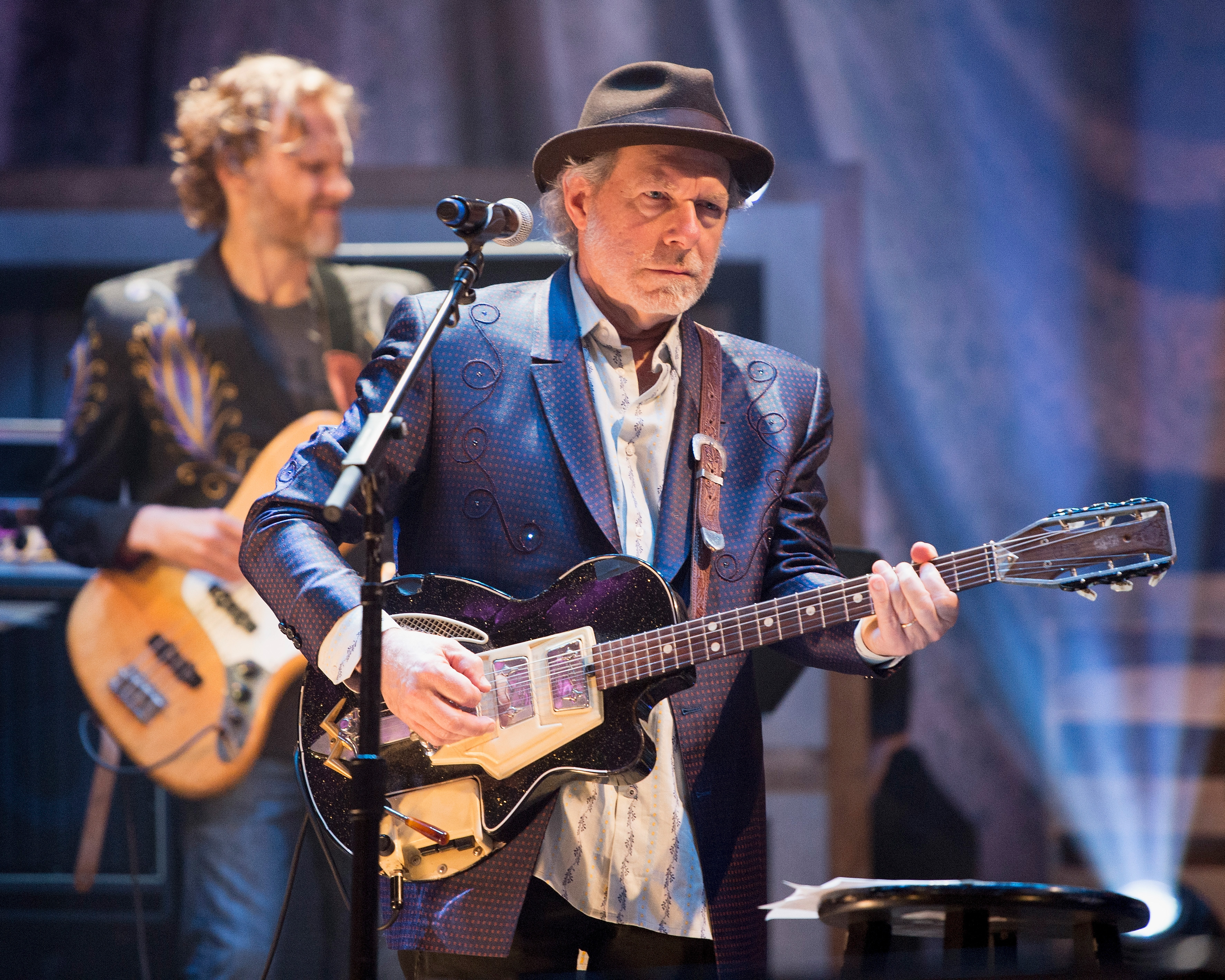 Acknowledging the tension that arose in the years between recordings, Julie says, “It took me too long to communicate how I was feeling. I felt as if I was waiting for my turn. I know he feels guilty about it. I was ill, and I was depressed, and that complicated everything. Once he realized how I felt, he was incredibly gracious and he really focused on helping me craft what I wanted to create.”

Once they began work on the new record, Julie Miller penned some 50 to 60 new songs for the pair to choose from. Recorded in the couple’s bedroom located upstairs from Buddy’s home studio, the results are raw, intimate and honest. In a rare live performance, Buddy and Julie are scheduled to celebrate the album’s release on June 26th at Nashville’s City Winery. The performance will be recorded for later broadcast on the Buddy & Jim Radio Show.

Breakdown on 20th Ave. South will be available June 21st via digital retailers, on CD and vinyl, with a special “Root Beer Swirl” colored vinyl available only at independent retailers. The album is now available for pre-order.