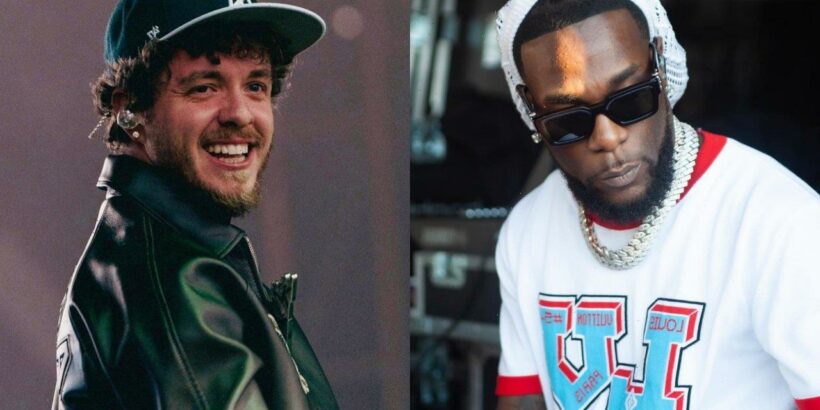 After Jack won Song of the Summer with ‘First Class’ at the Sunday, August 28 event, the ‘Last Last’ rhymer makes use of his TikTok account to apparently take a jab at Jack.

AceShowbiz –Burna Boy is apparently among those who aren’t happy with Jack Harlow winning big at the 2022 MTV Video Music Awards. After the latter won Song of the Summer with “First Class” at the Sunday, August 28 event, Burno made use of his TikTok account to shade Jack in a video.

Shared on Wednesday, August 31, the video featured people singing his hit song “Last Last” at the top of their lungs. It was, however, his caption that made people think that Burna was taking a jab at Jack. “Wow so many heartbroken people #LastLast #Songofthesummer,” he wrote, adding, “When #MTV Says Jack Harlow Had The Song of the Summer [yawn emoji].”

Of the track, Burna previously said, “It was actually my idea [to sample Toni], to be honest. I always wanted to use that sample and I knew Chopstix [his producer] could do something crazy with it. I just pointed that sh-t out and he took it from there. That’s one of the most special creative processes ever, but she is taking 60 percent of the s**t.”

Jack’s big victory at the MTV VMAs did spark debate on Internet. Some people accused the network of rigging the result of Song of the Summer category, which is based on fan votes, by giving award to his hit “First Class”. Some critics believed that the result was unjust because there are many better songs than Jack’s and that includes BTS’s (Bangtan Boys) Jungkook and Charlie Puth‘s “Left and Right”.

“You mean Jack Harlow received the most votes out of everyone who nominated [Nicki Minaj], [Beyonce Knowles], and [Doja Cat]?” one person questioned. Another added, “jack harlow winning over jungkook… for song of the summer… a fan voted category. the vmas being reallyyyyy transparent this year. like be fr please.