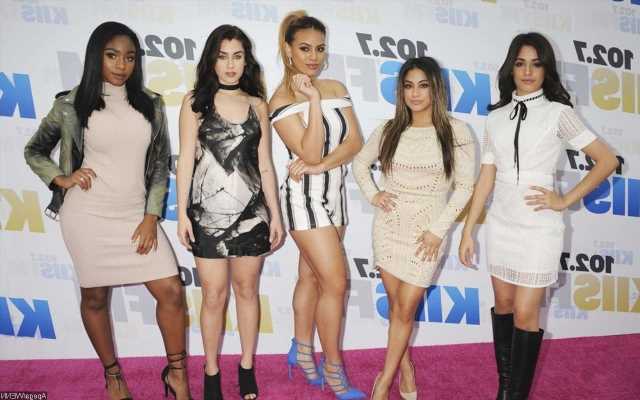 Confirming that she makes references to Ally Brooke, Normani Kordei, Dinah Jane and Lauren Jauregui in the track, the Cuban-born singer adds that the ‘song is basically about anxiety.’

AceShowbiz –Camila Cabello addressed her exit from Fifth Harmony in her new song “Psychofreak” ft. Willow Smith. In the track released on Thursday night, April 7, the Cuban-born singer makes it clear that she doesn’t “blame” her former bandmates for the split.

“I been on this ride since I was fifteen/ I don’t blame the girls for how it went down, down,” the 25-year-old sings in her verse. “Thinkin’ out loud/ In the bathroom while my friends laugh on the couch/ Wow, moment’s gone now/ Know you wanna stay, but I think I gotta leave right now.”

Camila herself has confirmed to Reuters that the line is a reference to Ally Brooke, Normani Kordei, Dinah Jane and Lauren Jauregui. She further shared, “That song is basically about anxiety and all of the different things that have made up like my journey with anxiety and starting off really young in the industry.”

The “Cinderella (2021)” actress went on to note that she has limited contact with her ex-groupmates, but they “have been like supportive of each other through like DMs and stuff.” She added, “I’m like in a in a really good place with, with them.”

“Psychofreak” is one of the tracks off Camila’s new album “Familia”, which will arrive on streaming services on Friday, April 8. Aside from Willow, the 12-track set features guest appearances from Ed Sheeran (“Bam Bam”), Maria Becerra (“Hasta los Dientes”) and Yotuel (“Lola”).

When talking about the upcoming record back in November 2021, Camila told Billboard News, “This album to me means community, I guess the opposite of you on your own.” She continued, “It’s more you with other people land sharing in that joy and success, whatever that means.”