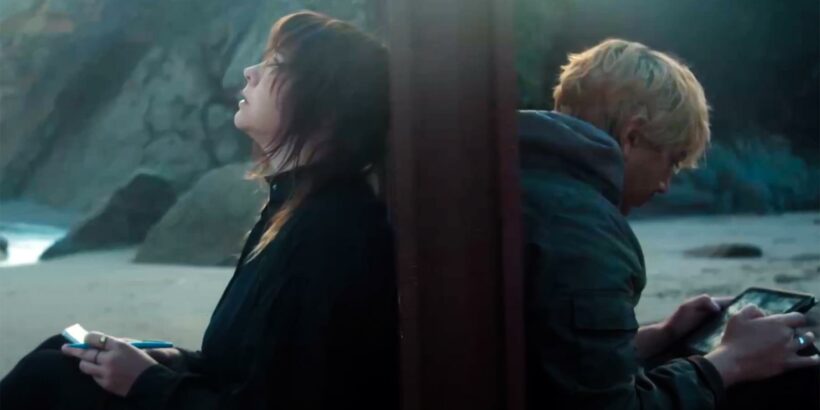 Capturing the yearning in a Daniel Johnston song is a difficult thing, possibly because the specific kind of longing felt by Johnston — the prolific outsider musician who died a couple of years ago — was difficult to describe, much like the untranslatable words saudade in Portuguese or toska in Russian. In “You Put My Love Out the Door,” a tune he recorded for his 1983 cassette More Songs of Pain, he expressed a sort of bemused rejection after the woman he loved threw his Valentine’s Day card away. It’s lovesickness, embarrassment, and even a few vestiges of hope all wrapped into two minutes of plaintive keening. The Polyphonic Spree attempted a cover of the tune last year, but it ended up sounding a bit too polished with its AM radio horn section and choral embellishments.

Trixie Mattel Is Haunted by Bittersweet Memories in 'This Town'

'Silence of the Lambs': 'It Broke All the Rules'

Now, somehow, a married couple — Bridgette Moody and John Seasons, who record as Haunted Summer — have improbably captured the right cocktail of anguish and optimism in their cover of the song. Moody’s voice shivers as she sings about her love being left in the cold while Seasons strums gently on an acoustic guitar. Ambient keyboard chords chase and enfold themselves around Moody’s voice, heightening the sparseness that always made Johnston’s music great.

Without speculating too much on Moody and Seasons’ relationship, the couple suffers in all the right ways for the song, which will feature on their upcoming album, Whole, set to come out June 21 on Rain Phoenix’s LaunchLeft label. It takes a strong bond to allow each other to be so vulnerable on a song like this, a point that becomes even clearer in the video, which they filmed on the beach of Point Arena, California. Even though things sound bleak for them (and look bleaker as they long for each other on either side of a door amid crashing waves), there’s still enough hope that makes you want to root for them. That was Johnston’s secret, too.