Cardi B is back with another bona fide banger.

The rapper released the visuals for her newest single, “Up,” at midnight on Friday, and the latest offering does not disappoint. An upbeat track that lasts all of two minutes and 50 seconds, the song finds Cardi—per usual—showing off a number of showstopping, high-fashion looks while doing what she does best: calling out her naysayers.

The Tanu Muino–directed visuals see the rapper in a number of futuristic settings including a lush graveyard bidding farewell to 2020 (a nod to Patrick Magaud’s “Exhibition In Paris”), sporting an angelic white ball gown while posing on the hood of a supersized hot-pink car, and even channeling The Birth of Venus while sporting a mermaid-esque bodysuit inside an avant-garde clamshell. 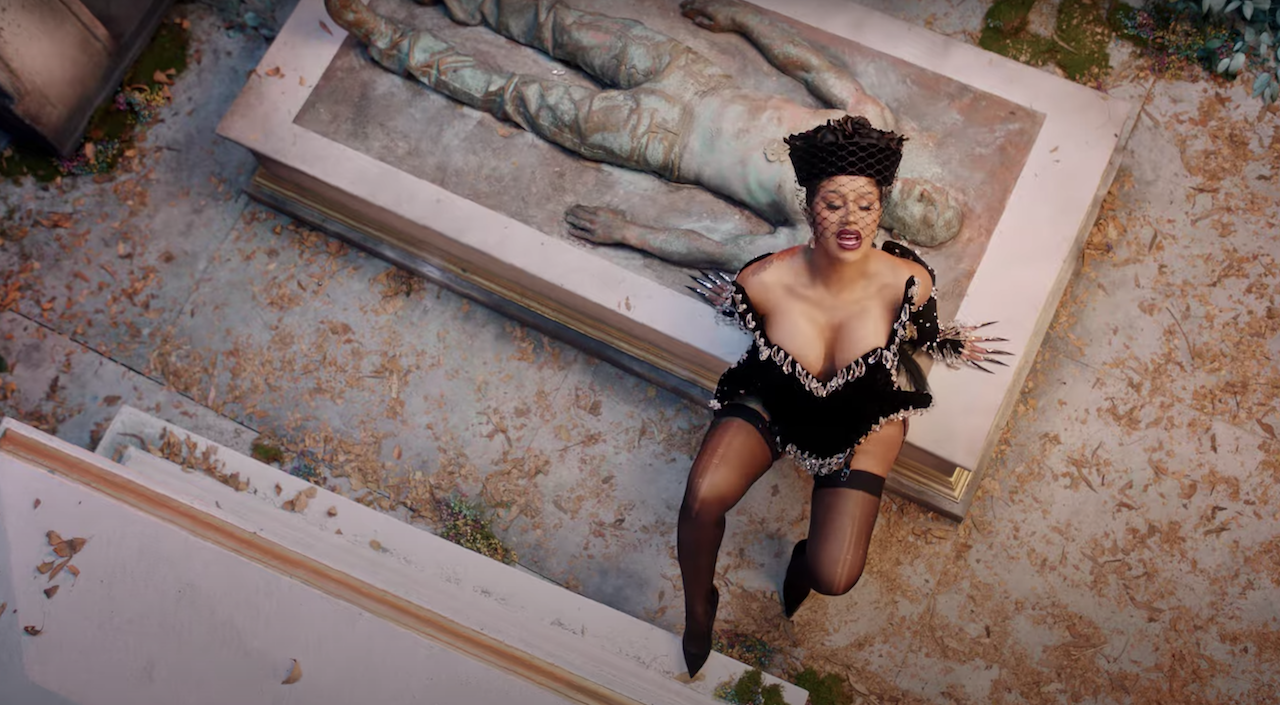 Those aren’t the only standout looks Cardi serves throughout the video, however. The rapper also wears a risqué PVC-sculpted ensemble while lying next to a casual display of bottles of Jay-Z’s Ace of Spades champagne. Toward the end of the video, Cardi sports a leather fringe corset while channeling late, iconic ’90s rapper Lisa “Left Eye” Lopes from TLC with her sculptural hair and smoky eye makeup. Cardi revealed during an Instagram Live session following the video’s premiere that she had been in rehearsals for the visuals since December and even flew out Muino from the Ukraine specifically to execute her vision for the video.

“I wanted to do something really different,” said Cardi on Instagram, per ET. “It took me more than a month … we started rehearsing in December for this moment. … The grind don’t stop.”