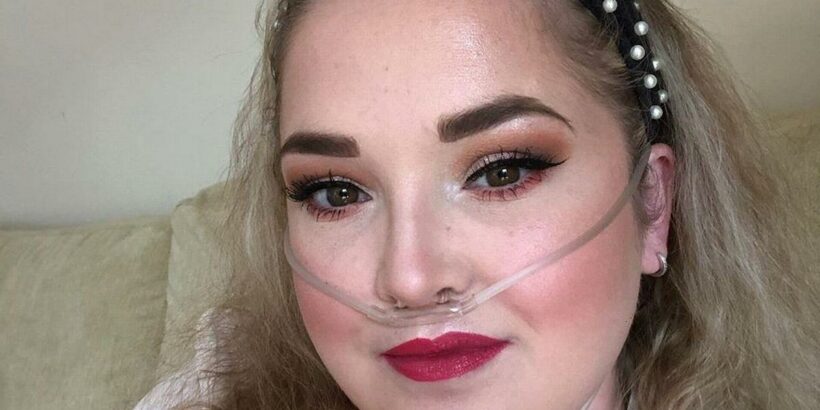 CBBC star Chelsie Whibley has passed away after a long battle with cystic fibrosis aged 29.

The TV star lost her fight with cystic fibrosis – an inherited condition that causes sticky mucus to build up in a person's lungs and digestive system.

The actress, from Denmead, Hants, was rushed to Southampton General Hospital on Saturday (April 2) but later died around 2.45pm.

Chelsie starred in CBBC shows such as Dani’s House and Sadie J, and in panto alongside House of Cards actress Kate Mara, before her career was cut short when she was 20.

She left behind her heartbroken husband Glyn, 33, who has paid tribute to her, saying: “I’m afraid this is the hardest thing I have ever had to write.

“This morning Chelsie took a rapid turn for the worse and became unresponsive. She was rushed to Southampton General Hospital.

“It is with deepest regret that I have to inform everyone that our dearest beautiful Chelsie sadly passed away this afternoon at 2.45pm.

“It was very quick and she was not in any pain. I know you will all want to send your condolences but we ask to please limit it to comments below in this very distressing time.

“To my gorgeous inspiration wife we will love you always.”

Chelsie had previously been ordered to quarantine indefinitely as she was at such a high risk of getting seriously ill if she caught Covid-19.

She previously spoke about how she had longed for lockdown to be lifted so she could see and embrace her loved ones again.

She told The Sun: "It feels like even more time is being taken away from me. It’s just heartbreaking beyond words.

“I know that seeing my friends and family is too dangerous and it could be enough to tip my body over the edge.

“But on the other hand, I don’t know how much time I have and it breaks me knowing I can’t see them.

“I love them all so much and I just want to be with them because I know I don’t have long left.