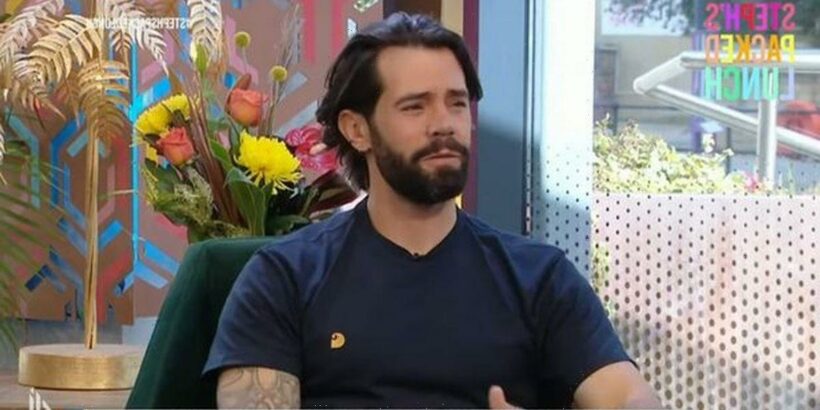 Charlie King has revealed how he was forced to cut ties with The Only Way Is Essex pals after they struggled to understand his mental health struggle last year.

The former TOWIE star, 36, first opened up about his battle with body dysmorphia back in October when he appeared on the popular Channel 4 chat show, Steph’s Packed Lunch.

And over the past year the fitness coach has been working hard to improve his mental health by attending regular therapy sessions and helping raise awareness for the condition on his social media.

Now, speaking exclusively to Daily Star, the TV hunk has opened up about how his fellow ITVBe co-stars supported him after he shared his relationship with body dysmorphia on the beloved daytime show.

He said: “I think it was something that a lot of people connected with what I had to say and my friends who are in the industry, they understand we all feel that pressure from time to time.

But not all of his co-stars were as understanding about his mental health journey as the reality star revealed how he was forced to cut ties with some of his fellow TOWIE stars.

Charlie added: “I was in such a low place that I couldn’t be the person that they [his friends] wanted me to be and some people stayed around and supported me and other people didn’t get it and I had to remove them.

“[But] The people that have been supportive and got in touch over the past year, they're the ones that I've stuck close to.”

“It’s been a massive learning curve,” he noted.

When asked which one of his celebrity friends struggled to support him during the particularly dark period in his life, he revealed that it was his friendship with Gemma Collins which had deteriorated over the last 12 months.

The fitness guru continued: “As I say, me and Gemma Collins haven’t spoken for a year now [and] we were very, very close.

“I think because I was in such a low place, she couldn’t quite comprehend it and I had no energy to really explain myself anymore.

“So, I had to just pull away and even though I wish her all the best and everything like that I just knew [I had to] remove myself from things that weren’t good for me anymore.”

And it seems as though the pair may never be able to restore their friendship as he noted how the pair have since gone their separate ways and are unlikely to reunite in the future.

He explained: “I try not to hold any negative thoughts or vibes but I don’t know. I think we’re both on our own journeys now and I think that she’s happy to do what she’s doing and we’ve probably come to the end of the road on that one.”

It comes after the fitness fanatic completed the London Landmarks Half Marathon in just under two hours last Sunday (April 3) in an effort to raise money and continue to campaign for mental health awareness.

Charlie, who is the proud ambassador for Beder – a charity which takes a unique approach to raising awareness around mental health and suicide – said that running for an incredible cause spurred him on throughout the half marathon.

London Landmarks Half Marathon is unlike any other race in the UK, taking place on close roads through the City of London and Westminster, taking in all of London’s iconic landmarks and celebrating London’s grand, quirky and hidden heritage.

The non-profit event, organised by baby charity Tommy’s to raise funds for the charity and many other good causes, has raised nearly £6million this year for over 300 charities, with every penny going back to support the amazing work of Tommy’s and its charity partners.

To pre-register to run next year's event, visit llhm.co.uk.