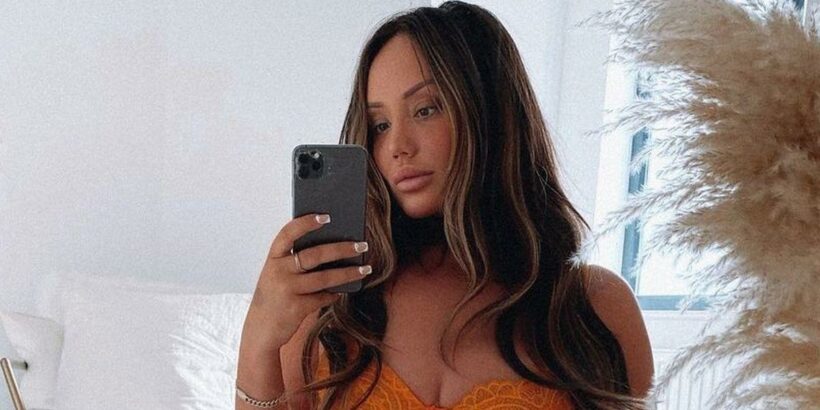 Charlotte Crosby has set trolls straight in a new candid video where she addresses mean tweets – and confessed to soiling herself on Geordie Shore.

The reality star who found fame on Geordie Shore has often faced backlash throughout the years, and while she often chooses to avoid responding to trolls, on Sunday evening she opted to upload a clap-back video instead.

As Charlotte read a sea of negative tweets from her screen, one certainly left her with a lot to say.

The tweet referenced Charlotte's success, but questioned how she made all this from "s***ting, p***ing and s***ging on TV."

Charlotte read the comment and said: "F**k me, I did well for myself didn't I? Though I never s**t myself on TV.

"Seeing as Geordie Shore wasn't Holby City, we weren't actually allowed to show the time i s**t my pants in Mexico.

"I took a chance, I took a risk and it all prevailed. Actually, if I had only just have done them things and stopped my career at Geordie Shore, I would not be sat in this house today.

"I'd have a nice house, but it wouldn't be like this."

The reality star said that she made her millions from everything after Geordie Shore, adding that it was the late nights and continuous TV stints that helped her get to where she is now.

She added: "The p***ing and s***ting themselves was the first stepping stone into the humongous sea of success."

After a whopping 10 years in the industry, Charlotte remains one of the highest followed reality star on Instagram with 7.5million followers.

With her no-holds-barred exterior and her incredible TV stints, Charlotte has hosted her own shows, appeared on multiple shows and even boasts her own businesses.

While the first half of her career was spent on Geordie Shore, she chose to leave the show in 2016 and later launched her two TV shows, The Charlotte Crosby Show and Just Tattoo Of Us.