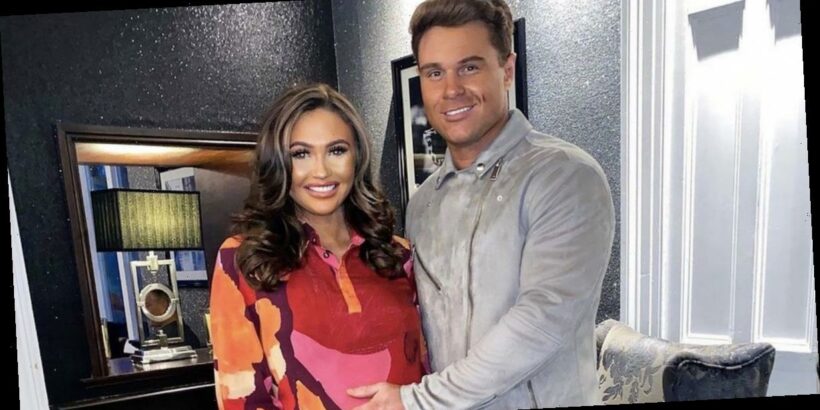 Charlotte Dawson has given birth to her first baby with fiancé Matthew Sarsfield.

Taking to his Instagram story, Matt shared the exciting news, as he penned: "Mum and baby doing well. Thanks for all your messages."

The 28-year-old Celebs on the Farm star is probably best known for being comedy legend Les Dawson’s daughter, but the star has become an entertainment personality in her own right.

Charlotte, who is also a make-up artist, has documented her pregnancy journey all the way along, and has faced struggles through developing gestational diabetes.

Upon hearing the news, the star’s fans exploded on her Instagram, showering her and new dad Matthew with love and well wishes.

Charlotte announced she was pregnant in August 2020, and the happy news was shortly followed by an unexpected proposal from former rugby player Matt.

The star’s fiancé chose a poignant location to propose to his girlfriend next to her late father Les’ statue in Lancashire.

The couple have been together for four years and live together.

Charlotte has recently shared how she hoped to bring on labour naturally after her nurse warned her she may need to be induced due to the health concerns around her diabetes.

While the star was preparing for the big day with her hubby-to-be, she took to social media to share her thoughts about the prospect.

"Hi darlings, so I have not long been back from the hospital – so tired – I feel drained today,” Charlotte told her fans in a video clip.

"So yeah it has been a bit of weird one as they said last week that I don't have to be induced on my scan.

"And then they’ve just said 'We are going to induce you this weekend or on your due date' but I was like they’re happy with everything I don’t know why I have to be induced, obviously because of diabetes and you are able to go six days over, if they’re happy, and that was the original plan.”

Charlotte was hopeful the baby would be born on her dad’s birthday, but insisted she was “not forcing it” and “whatever happens, happens.”

Despite the uncertainty as her pregnancy came to an end, Charlotte was determined to use natural methods to prevent being induced.

These included bouncing on an exercise ball, taking walks, having sex with her fiancé and sipping herbal tea to get the baby moving.

Now the big day has finally arrived and the new parents are said to be thrilled with the new addition to the family.