Singer-songwriter Christine Anu and comedian Mark Humphries have been announced as members of Australia's national jury for the 64th annual Eurovision Song Contest.

The jury is tasked with scoring the performers from the 40 other competing countries. 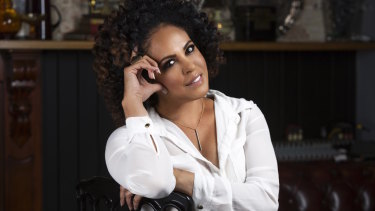 Christine Anu has been named to Australia’s jury for the 64th annual Eurovision Song Contest.

Anu is a platinum and gold album recording artist and a 17-time ARIA award nominee; in recent years she has shifted into radio broadcasting, notably as a presenter on the ABC's 702 Sydney station.

Humphries is the star of regular satirical sketches on the ABC's current affairs program 7.30; he has also appeared on The Feed for SBS and hosts Pointless for Ten.

Cummins will serve as the jury's chairperson. 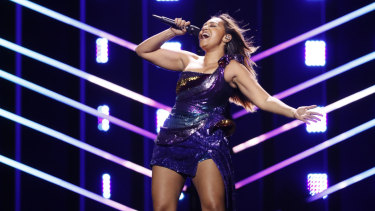 Despite being a relatively young participant in the competition, Australia does have a long history with Eurovision.

SBS has also named the electric-soul music duo Electric Fields to the role of "spokespeople".

The pair, Michael Ross and Zaachariaha Fielding, were runners-up at Eurovision: Australia Decides, the national competition in which Miller-Heidke secured her position as Australia's 2019 Eurovision entrant. 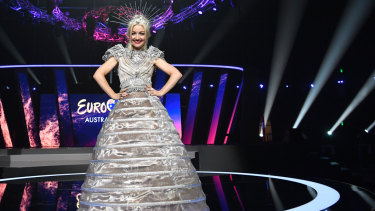 The nominated spokesperson or spokespeople announce Australia's scores during the second half of the grand final telecast of the competition.

That is the segment in which each country allocates one to seven points to seven countries and then announces which three countries will receive eight, 10 and 12 points respectively.

Securing the biggest score – douze points, as the French say it – from other countries is a major coup in the Eurovision competition.

The shame of securing no votes from another country – a so-called nul points – is also a hot topic of discussion each year.

Though the competition invites competitors from European countries, and some countries outside the European continent, including Israel and Australia, the votes are still presented in either English or French.

The 64th annual Eurovision Song Contest will be held in Tel Aviv between May 14-18 and broadcast on SBS.