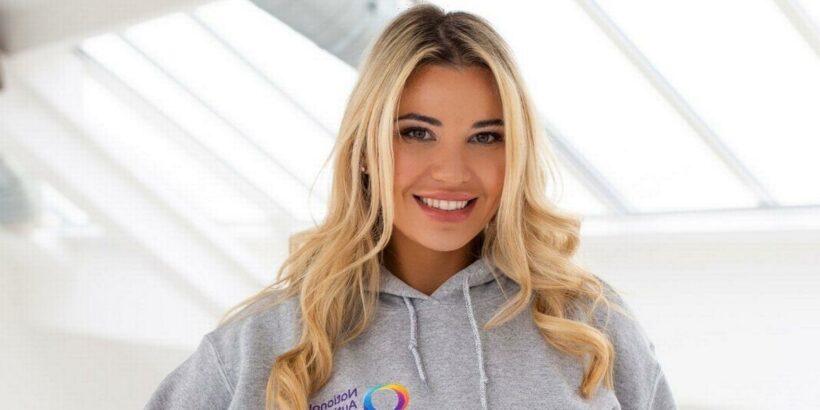 Christine McGuinness has bravely spoken out about her terrifying battle with anorexia and how she was told to lose weight while a size six.

The model and mum-of-three revealed she had been battling the condition since the age of eight and had suffered with confidence for years.

Speaking in her new book, Christine McGuinness: A Beautiful Nightmare, the model and wife to Top Gear star Paddy McGuinness revealed: “My struggle to eat has stayed with me throughout my life.”

Christine told how when she was a teenager she went for a job as a model but was horrified by what they told her.

She said: “I remember going for a casting as a teenager and they told me if I really wanted to make it as a model then I needed to lose more weight.

“It was completely irresponsible for them to say that to me.”

Speaking about when her battle with food began, Christine told how she would pretend to her mum that she had eaten at school or a friend’s house.

The reality is she was going without anything to eat at school or home.

She said: “I had anorexia for years and if I’m honest, it still can be a problem now, but I’m getting better.

“I don’t think it’s something you ever fully get over. I always felt like I didn’t fit in. The dining hall was a social experience I couldn’t deal with.

“Queueing for food used to give me major anxiety. I didn’t know where to sit or who to sit with.

“Having to socialise and the fear of rejection was a massive thing.”

She also says that for years she battled with side effects such as her periods not starting and fainting fits as a teenager and in her twenties.

However, the turning point was when she fainted at home while with her twins Leo and Penelope, and she realised her life needed to change for her children.

“But as anyone with any kind of mental illness knows, it’s always in the background” adding “my anorexia was just one of many struggles I faced as a child.”

*Preorder Christine McGuinness: A Beautiful Nightmare (RRP £20, out 25 Nov) and save £5 with the offer code XA9. Order online at Mirrorbooks.co.uk