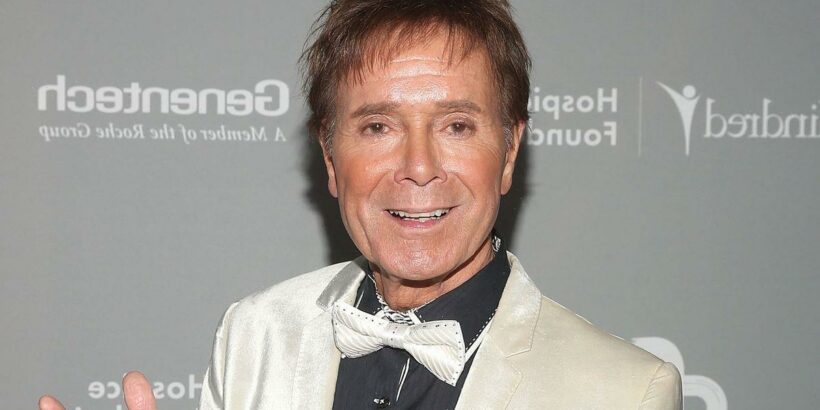 Sir Cliff Richard says he has to stop himself eating ahead of live shows – so he doesn’t suffer from wind on stage.

The Congratulations singer said burping was a problem for him during performances.

Sir Cliff, 81, said: “I don’t eat anything before I go on stage because I discovered years ago that if I ate before a show I spent a lot of time burping.

“It’s uncomfortable waiting to have that burp happen and trying to find a gap in the song to do it. So now I don’t eat anything. I just have some soup maybe before the show starts, but I eat after the show.

“So it means sometimes running off to try to get to a restaurant that will stay open for you that long or that late.”

But despite still selling out concerts to his fanatical followers, the veteran hitmaker says he prefers being in the studio.
He added: “In terms of my career the happiest I feel is when I’m recording.

“And the reason is very simple – there is no pressure. I’ve done it in the past. I’ve phoned the producer and said, ‘Look I’ve got a tickle in my throat’.

“He says, ‘Take a couple of days off. I’ll get the drummer in to do something then you can start singing again’.

But he added: “For years I’ve been saying, ‘OK, this year is going to start going downwards.’ But it just doesn’t happen for me. So I’m really thrilled.”

Meanwhile, Cliff sent his fans wild as he went shirtless for a swimming pool shot for a new calendar for 2022, despite telling Lorraine Kelly that he would never strip off in front of a camera again.

In the picture, the singer is seen posing in the pool with a drink while shooting the new merchandise in Barbados, after selling a whopping 1.5million calendars over the years.

Cliff defended his U-turn and said: "You can't swim with a shirt on.

"So I had a picture taken where I was up to my shoulders in water and I had a rum punch in my hand."