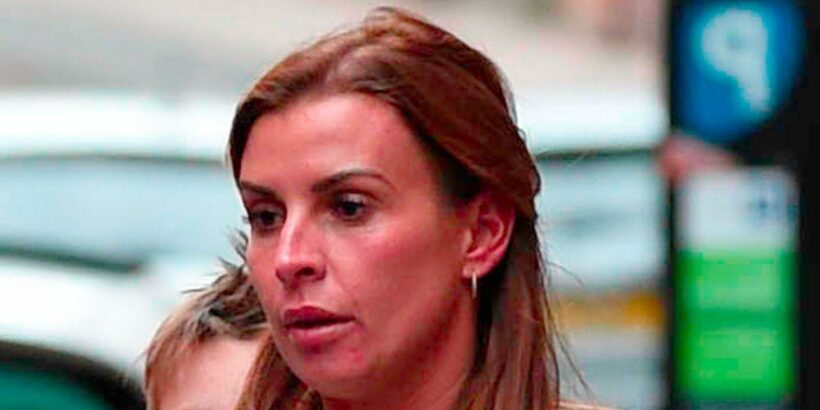 Coleen and Wayne Rooney have been spotted spending the day with their brood in Manchester as a date was set for the Wagatha Christie saga to finally come to an end.

The football manager and his wife were seen with their children leaving Wings Chinese restaurant together.

It seems the Rooney's could be trying to get in as much family time together before judgement is handed down and after Wayne's new role at DC United was announced.

While his stunning wife also opted for a dress-down approach, donning denim shorts, a plain white t-shirt and surgical boot to complete her look.

Coleen was forced to wear the medically approved plastic air boot after she'd broken a bone in her foot.

Back in May, a source told MailOnline: "Coleen has had a fall at home and suffered a fracture. She was in quite a bit of pain and had to go to hospital.

"It should take about six weeks to heal. Wayne is doing all he can to help as she is having to hop around and use a crutch."

The mum-of-four had been expected to have the boot in place for six weeks, it would seem that it has been a much longer recovery process than experts had first thought.

Meanwhile, the long-awaited end for Coleen's lengthy court battle against Rebekah Vardy is finally coming to an end as judgement will now be reached on Friday 29 July at 12 noon.

The saga has raged on for almost three-years after Coleen first exposed Rebekah's Instagram account of leaking personal and private stories about her to the press.

Rebekah has remained defiant that she is innocent and has always denied such claims.

The libel case which came to a close in May will be held remotely tomorrow (July 29).

A judgement will finally be handed down tomorrow after Hugh Tomlinson QC – Rebekah's barrister – argued that "serious harm" had been caused to her reputation after Coleen Rooney's initial tweet back in October 2019.

Rebekah filed a lawsuit against Coleen for libel, with her legal team arguing that she should be awarded substantial damages "to reflect" the harm caused to her damaged career and reputation.