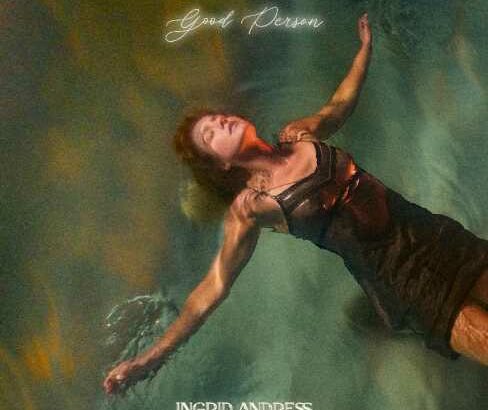 In the liner notes for her new album, “Good Person,” Highlands Ranch native Ingrid Andress ends a detailed, heartfelt list of thank-yous with a note to herself.

“For going through a lot of heartache and adventure to get to this point and turning it into something beautiful,” she writes. “May we all find the outlet that transforms intense energy into light.”

If that sounds a bit self-helpy, it comes from a hard-won place, she said.

“It was a dark time,” Nashville-based Andress, 30, said of the inspiration behind “Good Person,” which drops Friday, Aug. 26. “To have my debut album (‘Lady Like’) released in March 2020 gave me this feeling of ‘I almost had it, and now I don’t.’ It was really tough to shake that.”

Andress was devastated by her sudden inability to tour behind or otherwise promote “Lady Like’s” poignant, radio-ready country melodies — due almost entirely to quarantines and COVID concerns at the time. But despite the worry, she saw a trio of 2021 Grammy nominations: one for “Lady Like” (Best Country Album), one for the single “More Hearts Than Mine” (Best Country Song), and one for Best New Artist — that joined prestigious nods from all over the country music industry (she didn’t win, but there’s plenty of time for that).

We caught up with Andress via phone from Nashville in advance of her new album release, as well as her Sept. 16 concert at Ball Arena. In one of the biggest bumps of her career, she’s opening for Keith Urban as part of his Speed of Now World Tour, which promises to introduce her to thousands of new fans each night. Tickets, $35-$149, are still available at ticketmaster.com.

Q: Before we talk about the new album: What was it like releasing your debut full-length at the start of the pandemic?

A: It made me realize how reliant everything is on human interaction. Social media gives you a little bit of that but doesn’t make you feel the same way live shows do. It’s the same for songwriting. (Note: Andress is a prolific songwriter for other artists, such as Charli XCX, Alicia Keys, Lauren Jauregui and LANY.) I tried Zoom writing for two months and was finally like, “No more! Who wants to write on their back porch?”

Q: Did seeing the accolades for “Lady Like” take a bit of sting out of not being to tour behind it or traditionally promote it?

A: I didn’t really know how to wrap my head around it, but yes. The whole thing just made me step back a little. Like, “What am I doing? Where am I? Am I happy?” That’s when I realized the relationship I was in at the time was really toxic and stunting my growth. Going to a healthier place still sucks because you care about that person, even if they weren’t great. But addressing those things reminds yourself that you deserve to be happy, and that it’s not about struggling all the time.

Q: And now you’re back on the road with Keith Urban, which is obviously huge.

A: I’m excited because people really show up for those. I played Ball Arena with Dan + Shay last year — which was the day I found out it was no longer the Pepsi Center. But it’s always nice to be back, even if I don’t have my Colorado breathing ablities anymore.

Q: The album “Good Person” starts out dark and moves to a lighter area by the second half. Did it feel cathartic making it?

A: Oh, yes. “Pain,” which is intentionally the last song, was something I wrote about my previous relationship, and after I wrote that down it was kind of a pump-up song for me to break up with this (toxic) person.

Q: Where does the line fall between autobiography and fiction? Songs like “Yearbook” would seem to be about your parents — and how hard it is to stay together.

A: Marriage has always been such an interesting concept to me that I haven’t fully wrapped my head around it. But that’s how the song (started). My parents are good now but there have been moments when I was like, “Why are you guys still married when you do this to each other?” It’s taboo to talk about that because we’re supposed to suck it up and stay together in this culture, especially when you’re high school sweethearts.

A: My favorite changes every day because they all are real and accurate depictions of moments I went through. “Feel Like This” makes me really happy when I sing it, because it takes me back to that day when I wrote it and it very much feels like falling in love. Which it was. I’m also really proud of the production on that one, because I haven’t heard another song like it and that’s the goal. … I love Bon Iver and the (band) The 1975, so the synths and vocoder were fun to use.

Q: You’ve got quite a bit of studio prowess, having released two albums and written for lots of others. What’s your strength in the studio?

A: I don’t mind asking questions and sounding like an idiot. A lot of younger artists are afraid to do that, and a lot of established (producers) are just like, “Let me do this, stick to the formula.” Whereas Sam Hunt (this album’s producer) was like, “Let’s do this.”

Q: What do you feel like you’re more clear-eyed about these days?

A: I feel more grounded and I’m trying not to be so judgmental. Everyone’s doing their best, and being more accepting of myself made me more accepting of other people. My confidence in what I’m doing grows every year, so by the time I’m 80 I’ll be the queen of all the land!