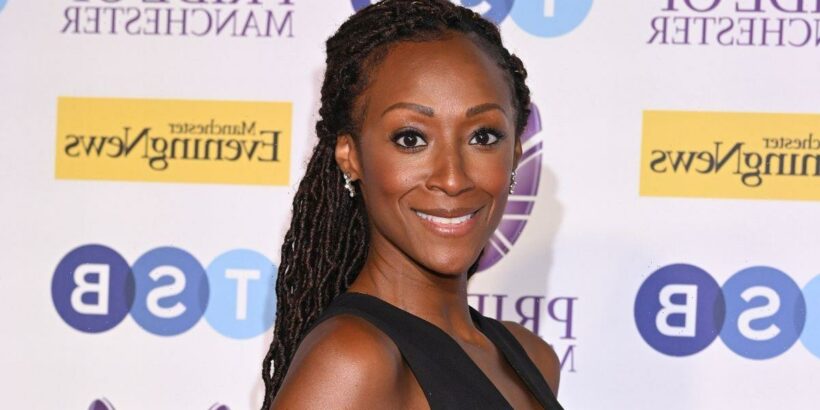 Victoria Ekanoye has explained how it took her three attempts for doctors to confirm her breast cancer diagnosis.

The Coronation Street star, 40, bravely revealed last year that she had been diagnosed with DCIS (ductal carcinoma in situ) – the earliest form of breast cancer.

Victoria, who played Angie Appleton on the soap, initially discovered a lump when she was breastfeeding her son, Theo, who she says saved her.

Following her diagnosis, Victoria was to undergo a double mastectomy to prevent her cancer from spreading any further.

Speaking exclusively to the Daily Star at the Pride of Manchester awards ceremony, she revealed how it took three appointments to receive her news.

The mum-of-one said: "In my case, in particular, I had to really push myself and advocate for myself to get my diagnosis, it was the third time.

"I think being body aware across the board, not just with breast cancer or cancer is so important for everyone, so if that's the message that comes across the most – I guess my job is done.

"We only have one body, we can't order another one online and have it come next day delivery.

"I think that's been a massive part for me and being really positive as much as you can as anything can happen."

Reflecting on her experience, Victoria explained: "I've got an amazing support network, my partner Jonathan and my son, my one-year-old, he's the pride of joy for us and focusing on the good things.

"I'm really pushing forward with that, I've got a great medical team but the main thing is just staying positive with it because that's half the battle – whatever your illness, whatever your situation.

"It's really difficult sometimes and it can get you really down."

The actress went on to say: "You've got to think of all the ways it could be worse and in other ways, you're really lucky – that's how I feel."

The MEN Pride of Manchester Awards, in partnership with TSB, is available to watch on YouTube.

For more of the latest showbiz and TV news from the Daily Star, make sure you sign up for one of our newsletters here.