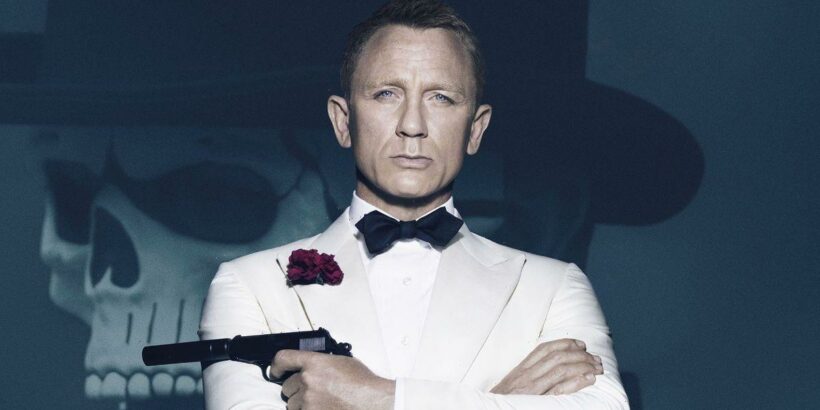 Blockbuster movies and most highly-anticipated titles have been consecutively skipping any attempt to premier in the cinemas, going straight to TV screens instead, during the Covid-19 pandemic.

Nevertheless, the new James Bond movie featuring Daniel Craig, No Time To Die, has seen its release wait and wait for the perfect time to be released on the big screen.

The final title, making James Bond’s 25th film, was announced in August 2019, yet, production was waiting until September 2021, nearly three years later, to see their product come to life for thousands of spectators to finally enjoy.

Daniel Craig, who has played the M16 agent for a total of five movies, has confirmed that this would be his last time playing agent 007.

With speculations surrounding who will play the iconic British spy next, one might wonder how much do the secret agent’s gadgets and attire cost to make.

Website Casino Scores published research revealing that the cost of transforming an actor into James Bond costs over £32 million.

The research, which was conducted by online gaming experts, analysed data from JamesBondLifestyle and IMDb to establish how much it costs to be the famous 007 agent by totalling the cost of James Bond’s wardrobe and accessories, gadget collection and the vehicles he uses.

As a result, Casino Scores found that the total cost of the James Bond wardrobe, as portrayed by Daniel Craig, cost £154,334.89 from Daniel Craig’s first film as 007, Casino Royale, to his latest and last, No Time to Die.

Additionally, the priciest item in the collection was reportedly Tom Ford’s custom ‘mother-of-pearl' cufflinks with an engraved “JB”, as seen in Spectre which cost £74,500.

It appeared that the second most expensive item in the Bond closet is the Giorgio Armani leather jacket worn in Casino Royale costing £4,800.

Consequently, the grand total of James Bond’s gadget collection was valued to be £82,376.60, with its highest priced item costing £15,500. The Anderson Wheeler 500 Nitro Express Double Rifle was seen in Skyfall and used by the spy to defend himself.

The most expensive aspect of being James Bond was found to be the vehicles that he famously uses before tragically blowing them up.

The total cost of all vehicles Daniel Craig’s 007 uses has come to £32.1 million, with the AgustaWestland AW101 Helicopter used in Skyfall holding the biggest price tag: £21,000,000.

The second most expensive vehicle used by the M16 agent is the Pruva Regina yacht costing £8,400,000, making Skyfall the priciest of Daniel Craig’s Bond films.

Naturally, the signature Aston Martin DB10 made the pricey list as the third most expensive vehicle that James Bond uses which features in Spectre, costing £1,400,000.