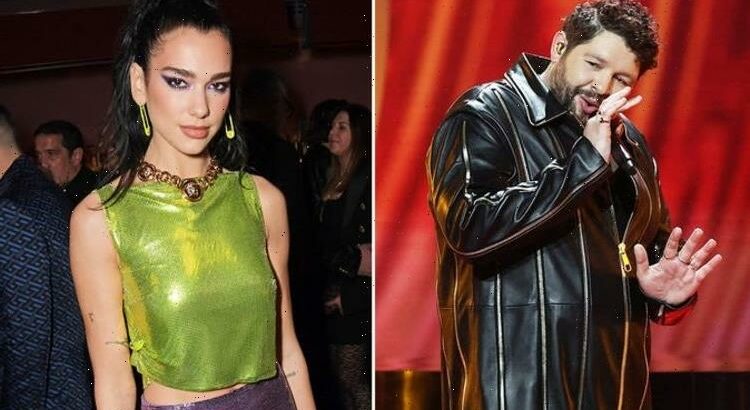 Earlier this year the UK was humiliated as Britain’s entry in James Newman came last in Eurovision 2021, after receiving zero points for his song Embers. Some fans pointed out how this was predicted in the Eurovision Netflix movie when Dan Stevens’ character pointed out how the UK tend to struggle in the singing concert. The actor’s character said of Britain’s fictional entrant: “She’s quite good, but everybody hates the UK, so zero points.”

The last time the UK won the Eurovision Song Contest was all the way back in 1997 when Katrina and the Waves’ Love Shine a Light received an incredible 227 points.

In fact, no British entrant has made the Top 10 since Jade Ewen did in 2009 with It’s My Time.

But could 2022 be a big turnaround for Britain after a new link to Dua Lipa has come to light?

It’s been announced that the team behind the star, Tap Management, will choose the UK’s entrant to Eurovision next year.