Backstage at Nashville’s Ryman Auditorium, where he’s opening Midland’s Cinco de Mayo concert, Josh Desure is slipping into a bright pink double-breasted suit with a red rose in the lapel and a cowboy hat atop his head. It’s a sartorial choice that nods to the peaceful easy feeling of the Seventies in its hue and the outsized indulgence of the Eighties with its power-suit silhouette. Which is a good way to sum up the California songwriter’s brand of music: his self-titled debut EP has one foot in both eras, mixing chill Laurel Canyon vibes with undeniable swagger on songs like the brash E Street Band jam “Kick Rocks” and the immersive drug ode “Coming Down.”

“I love the Eagles,” Desure, who records under his surname, says of the latter song. “But because I love Eighties production and how over-the-top it is, it has some synths in there. I wanted an aspect of that.”

Before launching his solo career as a musician, the 31-year-old worked as tour manager for Midland. He wasn’t quite cut out for the gig, however, proving a little too unpredictable for dealing with promoters. One on-the-road tall tale involves the suggestion of a gun. “I ended up with more money than we were supposed to be paid,” he says.

At the encouragement of his former bosses, he began cutting his EP. Produced by Midland’s drummer and former Deer Tick player Robbie Crowell, and featuring guitar work from Drivin N’ Cryin’s Laur Joamets, it’s a six-song project: five originals and a cover of Bob Seger’s “Sailing Nights.” At the Ryman, he peppers his set with two more AM radio gems, America’s “Sister Golden Hair” and Carly Simon’s “You’re So Vain,” staying faithful to both but adding a bit of the indie edge that informs his own material. Call it “alt-yacht-rock” — an approachable sound that should appeal to fans of Americana, indie rock and singer-songwriter fare. 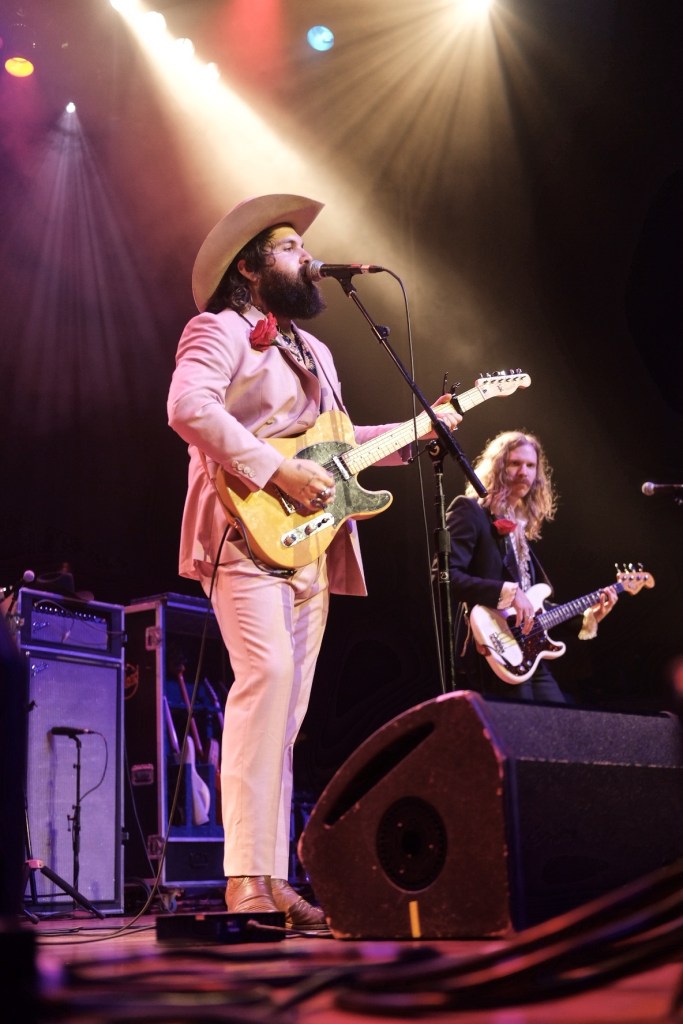 Desure performs at the Ryman Auditorium in Nashville on May 5th, 2019. (Manuel Mancilla)

The hometown kiss-off “Los Angeles” is a beguiling slice of soft rock that exposes a dark side of L.A. culture. “Los Angeles, you’re killing me/Lord, I can’t live on two hours sleep,” he sings, his voice full of conflict. “With a daily dose put up my nose/to the women we talk to after the show.” But on the love song “West Wind (Stay Here Awhile),” written for his wife Deja-Kai, he’s rediscovered his center.

“All the songs are straight-up therapy, just me spouting my bullshit. It’s literal stuff that I’m going through and dealing with,” Desure says. “I sat down with my guitar and hit record on my phone and I just started playing chords and singing random lyrics. The entire thing just had to come out.”

Having opened a pair of dates for Willie Nelson (“Sweet and surreal,” he says of the experience), Desure is now on the road with Dwight Yoakam, a fellow genre-crosser.

“Every day I’m influenced by different shit. I grew up listening to Neil Young, Bob Dylan, CCR and the Rolling Stones, but also country and hip-hop,” he says. “I think it’s important for that to come through in your music.”