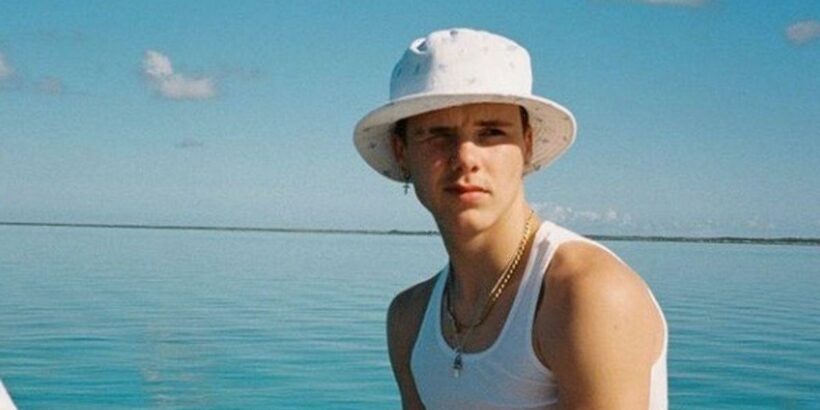 It has been reported that the 17-year-old son of David and Victoria was arriving home shortly after midnight when he noticed an intruder had cleared out one of the spare rooms at their mansion in Holland Park.

According to reports, the break-in has left the showbiz couple “shaken” as they attempt to restore their loving home to normal once again.

And it appears as though the family are slowly returning to normal life after the teenage star took to his Instagram Stories to share his latest TikTok post with his 1.9million followers online. His post was followed up by his older brother Romeo, 19, who took to the social media platform to share a snap of himself wearing a black printed Tee-shirt which he teamed with a pair of grey tracksuit bottoms and sunglasses.

It is understood that the doting parents were blissfully unaware that the thief had broken into their home, where they reportedly gained access through an upstairs window.

A source has since told The Sun: “Sadly the Beckhams were the victims of some fairly professional thieves who have been operating in the area.

“Fortunately, the criminals only made it as far as one bedroom before they ran off.

“The thieves had broken through a window and darted straight back out of the same one with a small number of items. Luckily non had a huge amount of sentimental value to the family.”

The Met has since confirmed it is investigating the theft and that no arrests have been made so far, however it is understood that the police have obtained CCTV footage from the night which is being analysed. The budding musician reportedly alerted his footballer dad of the burglary as David made an urgent call to 999 while his son continued to search their home for further missing valuables.

It has been reported that Victoria stayed with their daughter Harper, 10, while the investigation got underway.

The insider goes on to claim that footage shows the burglar “clambering over the gate at the front of the house, before breaking through a window of a spare bedroom.”