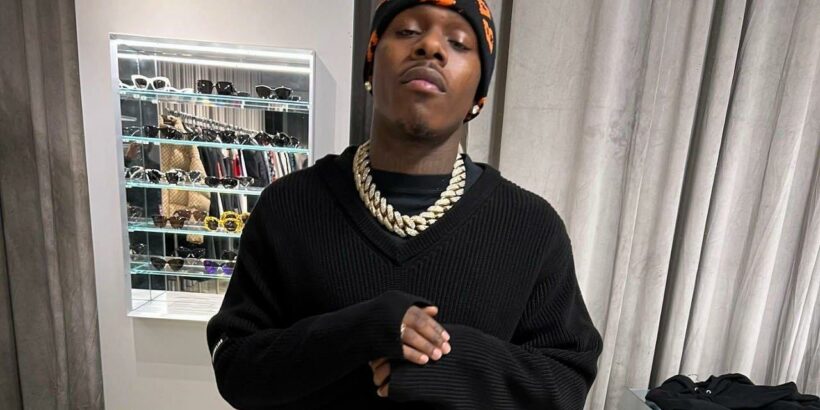 In a video surfacing online, the ‘ROCKSTAR’ hitmaker is seen walking backstage before swinging at Wisdom, who was recently signed to the former’s Billion Dollar Baby Entertainment label.

AceShowbiz –DaBaby got into a fight yet again. Just a few months after his bowling alley attack, the “ROCKSTAR” hitmaker was caught on camera throwing punches at his own artist Wisdom during a concert.

The incident took place on Friday night, April 22 when the 30-year-old was supposed to perform at Spring Jam 2022 in Columbia, South Carolina. A video that has gone viral showed the emcee walking backstag inside Colonial Life Arena.

All of a sudden DaBaby turned around and swung at Wisdom, who was recently signed to the former’s Billion Dollar Baby Entertainment label. Wisdom was quick to counter-attack, but security guards didn’t waste time to separate the two.

It was unclear what cause the brawl. However, Instagram user @prince_mazani, who shared the original footage, wrote on his page, “I don’t condone violence I just happened to be there when it happened. @dababy had a solid reason.”

“I’m not taking his side but I see why he did what he did,” the user continued. “I got the whole video and imma tell you why @dababy did what he did. Share and Tune in.”

Back in February, DaBaby was caught in brawl with DaniLeigh’s brother Brandon Bills at London on da Track’s private event at Corbin Bowl on Ventura Boulevard in Tarzana, CA. However, the case allegedly has slowed down since Brandon reportedly no longer cooperates with cops in investigation regarding the incident.

Setting the record straight, Brandon divulged that he was indeed never cooperating with police because he won’t put the “Suge” spitter in jail. “I wake up this morning to a bunch of new, a whole bunch of people tagging me,” he said in an Instagram Story earlier this month. “I was never cooperating. I was never gonna cooperate. I was never gonna put nobody in jail, I been to jail myself, I’m not gonna put nobody in that situation, you feel me?”