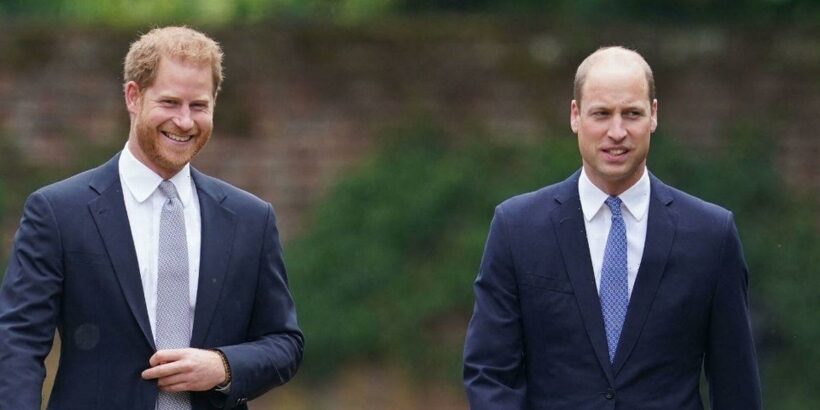 Dan Walker has divided fans after he weighed in on the final episodes of Prince Harry and Meghan Markle's Netflix docuseries.

The Channel 5 star addressed the latest three episodes of the explosive series on Twitter.

Dan, 45, suggested that Prince William should “get Harry in a headlock” following the latest bombshell revelations.

Dan asked his 780,000 followers: “What a right royal mess this is. It is sad to see any family in this situation. What would you do if you were William? Ignore it Reach out? Make your own documentary? Get Harry in a headlock and have it out in private? #HarryAndMeghanNetflix.”

Fans of the TV presenter soon replied, sharing what they would do in the Meghan and Harry situation.

“Always reach out. Be sympathetic even if you don’t feel it. Your relationship with your brother is worth more than anything else,” one user penned.

Similarly, another wrote: “If it was my sibling, I’d actually reach out because whether it’s all believable or not or you didn’t agree, I think if my sibling felt a certain way, I would definitely have a conversation.”

“Reach out. Clearly Harry is hurting for one reason or another,” a third fan said.

Some of Dan’s fans even said they would choose the fourth option instead.

“Have it out in private,” one wrote.

A second chimed in and penned: “A good tear-up always solves brotherly love.”

Among the shock bombshells made in the three episodes was claims Harry was left “terrified” when William “screamed and shouted” at him during a meeting about Megxit.

He also claimed that at the meeting in Sandringham, his dad Charles lied while the Queen sat and said nothing.

The Duke of Sussex said: “They were happy to lie to protect my brother. They were never willing to protect the truth to protect us.”

Buckingham Palace and Kensington Palace have declined to comment on the documentary, with the royals appearing to carry on with business as usual.