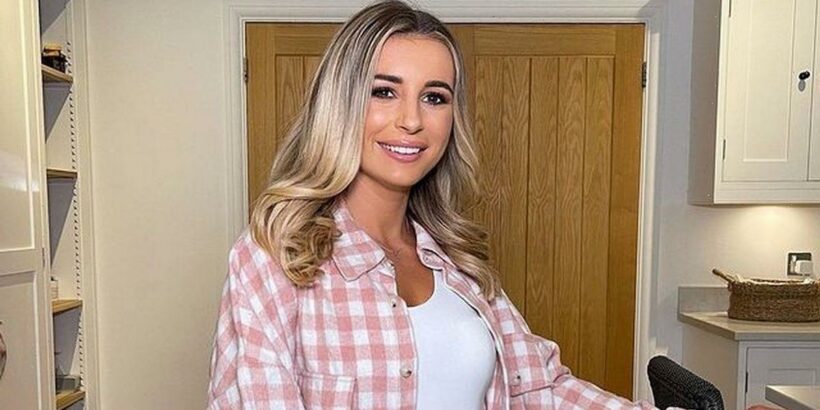 Lover Island winner Dani Dyer has opened up about her love life, confirming her romance with West Ham’s Jarrod Bowen.

She later went on to reveal that her Aston Villa supporting dad, Danny, approves of her new beau.

Speaking to The Sun's Fabulous Magazine, Dani opened up about life as a single mum since ex Sammy Kimmence went to prison, as well as spilling the tea on her newfound romance with football star Jarrod.

Dani was first linked to Jarrod last month when he was spotted leaving her house – but at the time the pair were just friends.

It then emerged that Dani's jailed ex was reportedly plotting to spy on her from prison, after asking a friend to "keep an eye" on her.

It was reported that Sammy wasn't happy that she was spending time with Jarrod, but now to his dismay, the former Love Island beauty has now officially confirmed that she is in fact involved with Jarrod Bowen.

Speaking to the publication she said: “Everything is so early days. Jarrod is a lovely guy and we’re enjoying getting to know each other. “But Santi will always be my main priority, he will always come first. I am concentrating on being a mum and, beyond that, whatever happens, happens.”

Danny then went on to reveal the verdict from her dad, Danny, who is currently playing Mick Carter in BBC One's EastEnders.

She said: "Dad thinks Jarrod’s a lovely guy. He’s invested in all of the West Ham players – because he supports the team and follows some of them, he’s like: ‘They’re all my friends.’ I’m like: ‘Right, OK, Dad.’

“But he’s always been such a big football fan. As soon as Santi was born, the West Ham babygrows were coming in from Grandad. That was the first thing everyone bought me, actually, and I was like: ‘I need vests. And could anyone bring some nappies round?’”

Dani's newfound romance comes after she and Sammy welcomed baby Santiago back in January, before splitting six months later when he was convicted for conning two pensioners and sentenced to three and a half years.