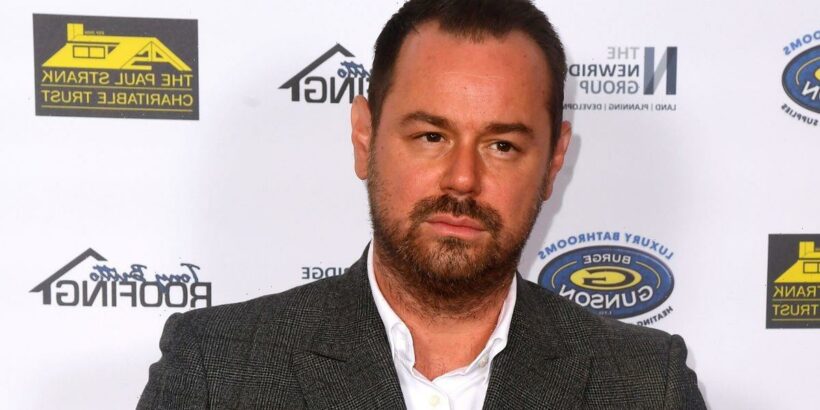 Danny Dyer says he's "still paying off" debts from his £120,000 wedding years after he married his wife Joanne Mass.

On his podcast, Sorted with the Dyers podcast, Danny, 44, and his daughter Dani Dyer shared the details about his extravagant wedding in 2016.

The EastEnders actor, who reportedly is paid a massive £250,000 by the BBC for the soap per year, jokingly shared that he was still paying off debts from his wedding.

The father-of-three tied the knot in a special ceremony in Hampshire six years ago.

He shared that he spent a whopping £125,000 on the celebration after leaving his wife Joanne to sort out the planning and finer details.

Reflecting on her parents' special day, Love Island star Dani said: "You had mini pie and mash on sticks at your wedding, didn't you?"

Dad Danny hilariously replied: "Yes, and we had 'loved up to f***' on the plated in chocolate.

Speaking honestly, the Mick Carter actor revealed that he doesn't understand why people would want a big wedding day.

Agreeing with her dad, Dani said: "There are so many politics when it comes to the wedding, you do make it more about everyone else than you."

In a previous interview on The Jonathon Ross show, Danny revealed that he received a generous sum from a magazine appearance.

Last month, Danny confirmed that he'd be leaving EastEnders ahead of new ventures.

The soap star is set to wave goodbye to the Queen Vic after a long eight years on the soap, but he has promised fans that his final storyline will be "special".

Reflecting on his time, Danny said: '"I'm 44 now. I've had nine years of playing Mick and I think he needs to be rested."