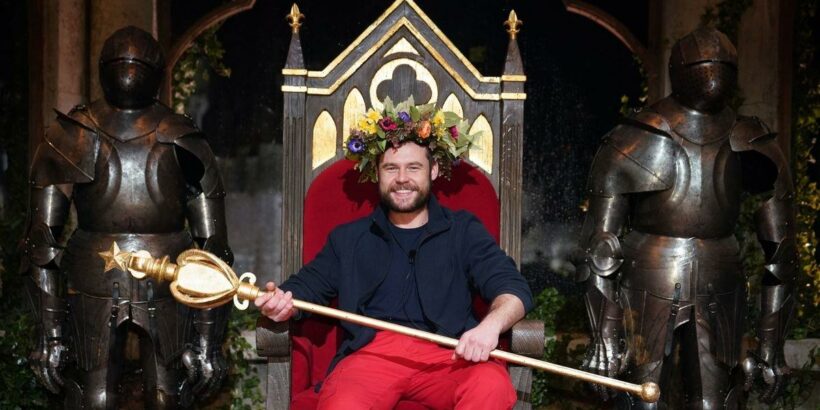 I’m A Celebrity winner Danny Miller has sent social media into meltdown after sharing a touching photo kissing his baby son Albert on the cheek as the pair reunite after weeks apart.

The former Emmerdale actor and official king of the castle became a first time father just weeks before he featured on the 2021 series of I'm A Celeb – and it’s clear the new dad is besotted with his new bundle.

The heartwarming snap was uploaded to Instagram alongside the caption: “Danny’s home,” and a blue heart emoji.

Fellow I’m A Celeb contestant – and the first 2021 evictee – Dame Arlene Phillips was among those to congratulate Danny on being reunited with his son.

She gushed: “Hi honey. This must be everything in your life right now. Home, your family, your well deserved win.”

One fan said: “The king is home to his little prince.”

And another wrote: “King Danny. You were amazing enjoy every second with your beautiful family.”

Fans recently saw snaps of the 30-year-old embracing his fiancée Steph as she leaped into his arms and planted him a big kiss on the doorstep of their home.

Despite facing criticism for leaving his newborn son behind to appear on the ITV show, Danny, who beat Simon Gregson and Frankie Bridge to win, revealed he took part to build a better future for them and says he’ll “spend rest of his life making it up to his son”.

“It’s just going to be us three and I can’t wait. I’ve been hugging Steph and I’ll give her more big kisses, and then I’ll hold Albert for what will feel like an eternity and make up to him what I’ve just lost in three and a half weeks because he’s changed massively,” he told The Mirror.

"It is fortunate that he doesn’t know what has happened in the last few weeks but unfortunately for me, I’ve missed him so much. I’ll spend the rest of my life making it up to him,” he added.

Danny, who spent the past three weeks locked inside Gwrych Castle near Abergele in Conwy, North Wales, also admitted that winning the series made his time on the show worth it.

“I’ve done that, and it’s meant that I’ve got the best possible outcome by winning and it makes it all worthwhile for not quitting.”