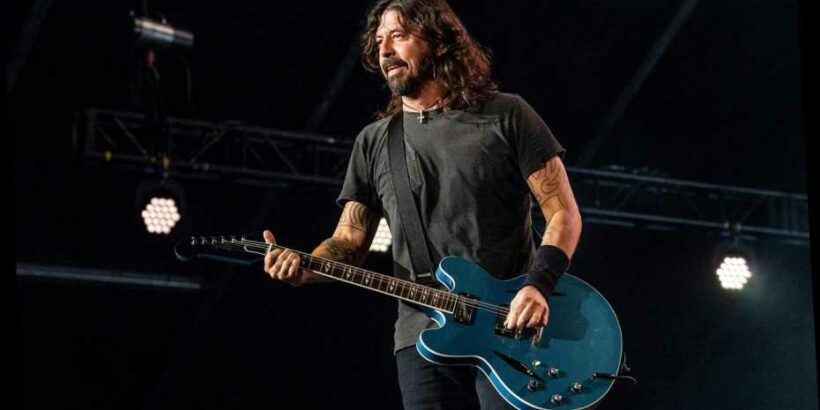 Dave Grohl will publish a new book, The Storyteller, on October 5th via Day Street Books, an imprint of the William Morrow Group at HarperCollins.

Per a release, the book is centered around the “moments that have molded [Grohl] into the man he is today.” It will comprise stories and musings on music from throughout his life and career, including dispatches from his childhood, stories about Nirvana, Foo Fighters, David Bowie, Joan Jett, Iggy Pop, and Paul McCartney, playing drums for Tom Petty, performing at the White House, and swing dancing with AC/DC.

To preview the book, Grohl released an audio clip of him reading an excerpt centered around his earliest memories as a music obsessive. He also posted the text of the excerpt on his Instagram.

“There is a common thread that runs throughout everything that I do: storytelling,” Grohl said in a statement. “Whether in song, documentary film, or on the page, I have always felt compelled to share moments from my life. This inclination is a huge part of what excites me creatively but also as a human being.”

Grohl added that The Storyteller was born in part out of the Instagram account he launched, @DavesTrueStories, when the pandemic brought touring to a halt. The account offered him not just a space for his creative energy, but a chance to recollect and write some of his stories down for the first time.

“I soon found that the reward I felt every time I posted a story was the same as the feeling I get when playing a song to an audience, so I kept on writing,” Grohl said. “The response from readers was a soul-filling as any applause in an arena. So, I took stock of all the experiences I’ve had in my life-incredible, difficult, funny, and emotional — and decided it was time to finally put them into words.”