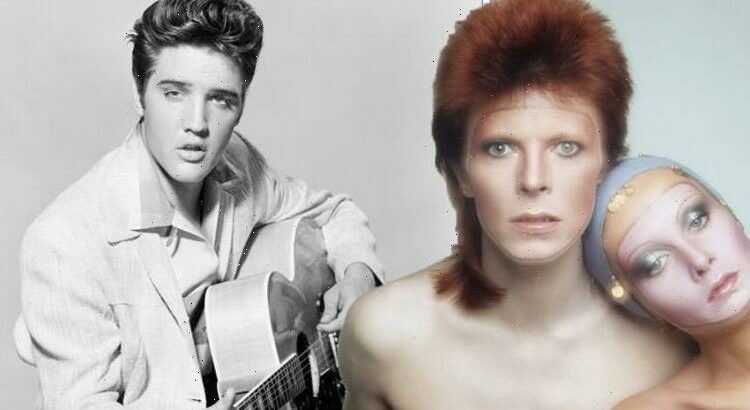 Over the years David Bowie would happily speak about how much he idolised the King of Rock and Roll, Elvis Presley. On top of worshipping the singer’s music, Bowie felt they had a further connection by being born on the same day, January 8. So then, the star was thrilled when his management, RCA Records – the same company that Elvis worked for – requested his help with a song for the ​K​ing.

Elvis’ manager Colonel Tom Parker reportedly asked to bring Bowie on board to write a chart-topping hit for the singer.

After this request, Bowie wrote the legendary 1975 song Golden Years.

The disco-funk styled song may have been the perfect fit for the King – but he ultimately wasn’t interested.

Bowie spoke about the event in 2002, saying: “There was talk between our offices that I should be introduced to Elvis and maybe start working with him in a production-writer capacity. But it never came to pass.”

Just a few years later,​ in 1977,​ Elvis died. Bowie never got another chance to work with the star.

Bowie recalled: “I would have loved to have worked with him. God, I would have adored it.”

The King was kind enough to send his apologies to the Starman, however.

After rejecting Golden Years he reportedly sent Bowie a note which read: “All the best, and have a great tour.”

Bowie apparently kept this note safe with him for the rest of his life.

The singer later recorded Golden Years for his tenth album Station to Station.

It was released as the first single from the album and reached number eight in the UK Singles Charts.

Despite having previously claimed he had written the successful song for Elvis, Bowie’s then-wife Angela said there was another story behind the track.

Elvis Presley stars in trailer for Double Trouble in 1967

Instead, Angela claimed Bowie wrote the song after being so inspired by her.

She said: “I did The Mike Douglas Show, singing I’ve Got A Crush on You. And David was so astonished that he wrote Golden Years.”

Angela added that Bowie sang the song to her “over the phone”.

Considering Angela and Bowie were married in 1970, the timelines make this very possible.

Although Bowie and Elvis never crossed paths creatively, he did give the King one final tribute in his last album, Blackstar.

The album’s title, and its single of the same name, were titled after an Elvis song called Black Star.

The King’s track told of a man knowing he was going to die, similar to how Bowie was suffering from liver cancer at the time.