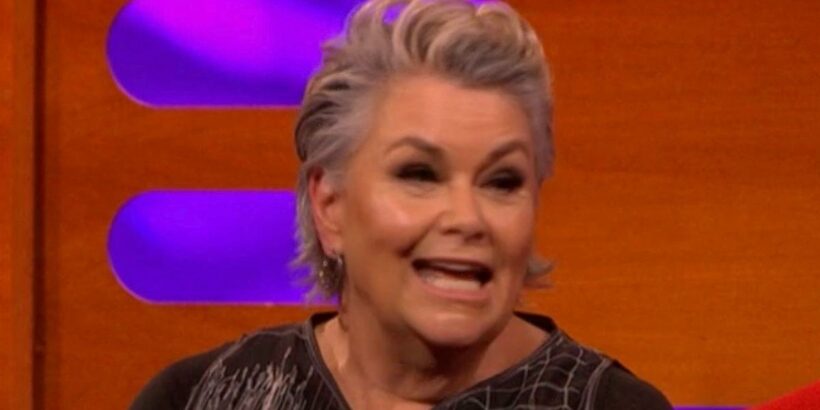 Dawn French has confessed to talking about her "beaver" to a member of the royal family.

At the 2005 premiere of The Chronicles of Narnia: The Lion, the Witch and the Wardrobe, Dawn revealed she had a rather awkward run-in with Prince Charles.

During The Graham Norton Show on Friday (February 18th), the comical star explained that she made a naughty innuendo to his royal highness.

When asked about her royal encounter, Dawn confessed: "I played Mr and Mrs Beaver in the Narnia films, and there was a big premiere at the Royal Albert Hall with Prince Charles.

"He came up the row and began meeting us all and there's a picture of me meeting him, like 'ooooh'. "And in fact, he was asking me what I did in the film and I said 'tonight your royal highness, you will see my beaver.

The audience were already in stitches when another show guest, comedian Rob Beckett, then chimed into the conversation.

Rob quipped: "You picked the right brother to say that too…"

This comes after last week's episode where Adele seemed to confirm her engagement to NBA Sports agent Rich Paul during the show on (February 11).

The 33-year-old chart-topper found herself in a bit of a corner when the BBC host quizzed her over the gigantic ring that was placed on her wedding finger.

Speaking about Adele's performance at the BRIT Awards 2022 earlier in the week, Graham said: "I don't know if anyone noticed when you were sat at the piano singing, microphone in right hand…. the left hand didn't move as much as normal. Then the host joked: "It almost seemed heavier."

The award-winning artist began to laugh before Graham prompted: "Is there…?"

Interjecting, Adele barked back: "As if I would ever tell anyone if I was or wasn't."

With the ring in full view of the camera, she added: "It's lovely though ain't it?"

Graham commented: "I have to say as a casual observer it looks like you are."

Adele laughed and coyly agreed: "Alright," as Graham cheekily chirped: "I'm taking that as a yes."

For more of the latest showbiz news from Daily Star, make sure you sign up for one of our newslettershere.