Deborah Cheetham believes Australia is still a "teenager" when it comes to having a sophisticated understanding of its past.

The celebrated Indigenous soprano and composer is looking forward to a time when Australians are mature enough to say: "There's 70,000 years of history here that, if I'm conversant enough in it, I can be a continuation of it". 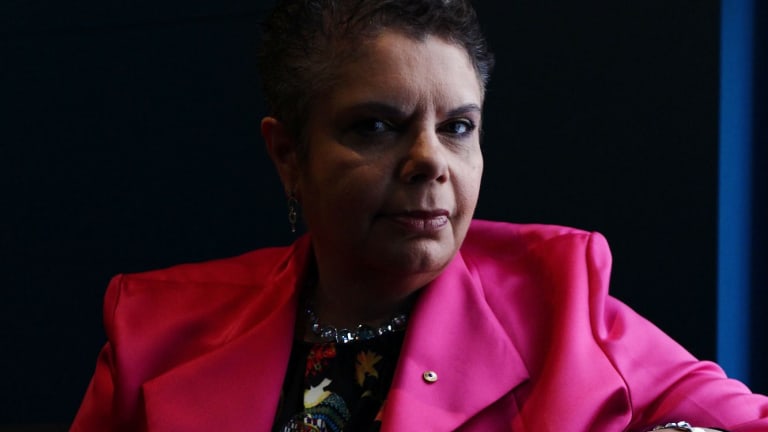 Deborah Cheetham says Australia remains “confused” about its Indigenous past.

"Australia remains in such a state of confusion around its relationship with Aboriginal Australia," she says. "That misunderstanding, confusion and fear denies Australians more generally a sense of belonging. I think we're still on a path to developing our identity as a nation."

Belonging and identity are deeply significant concepts for 54-year-old Cheetham. Part of the Stolen Generation, she was removed from her birth mother when she was just three weeks old. Only as an adult did she learn her own story.

"I've seen this correlation between my own journey [and that of Australia], where at a very young age that identity, that culture, that sense of belonging was taken from me. It was replaced ny something else.

"My adoptive parents are very loving people, but I was cut off from what is fundamental to my character, to my genetic makeup."

In Songs of Belonging, a performance that is part recital and part storytelling, she will explore these issues through a unique combination of musical traditions.

Alongside works by Vaughan Williams, Puccini and Dvorak, Cheetham will sing her own compositions in four Indigenous languages.

It's part of giving Australians "the confidence to engage with Aboriginal Australia".

"Hearing this language in the concert hall is a very non-threatening experience. You're receiving this performance and little by little those languages become more familiar."

There is also obvious symbolism involved in putting the music of, say, Richard Strauss on the same program as Indigenous language work written by a 21st century Yorta Yorta woman.

"Strauss can belong with a new piece from Deborah Cheetham," she says. "I have to work pretty damn hard as a composer to do it but that ancient language can work alongside that 19th-20th century German language. They don't have to be mutually exclusive."

And when it comes to dealing with attitudes typified by Pauline Hanson's inflammatory outburst over the Commonwealth Games opening ceremony (she branded the Indigenous content "disgusting"), Cheetham calls this the "language of limitation".

"You could wring your hands," she says. "But I think what I have found more useful for myself is to march forward with purpose using music.

"There are days when I do feel bitterness – when I'm forced to bite down on something that's poisonous.

"I can't ignore it but I am shaped by it only to the extent to which I use it as a catalyst to create something that will help people understand."

But despite that, Cheetham remains sanguine about the future and the country's prospects of growing beyond its "teenage" phase.

"I'm an optimist," she says. "And I do believe Australia will have its graduation day during my lifetime. It will receive its letters and it will be proud of that achievement."