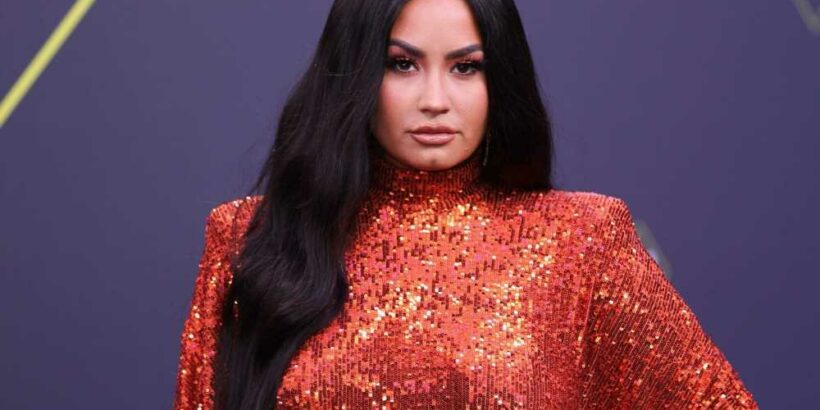 Watching her life's events unfold onscreen was no easy feat for Demi Lovato.

While appearing virtually on The Tonight Show Starring Jimmy Fallon Friday, the 28-year-old singer opened up to host Jimmy Fallon about her documentary series, Demi Lovato: Dancing with the Devil, and how she reacted to watching the four-part YouTube series.

When asked by Fallon, 46, if she had watched the docuseries, Lovato revealed, "I watched it when the first cut was ready," before adding that she has seen it "three or four times maybe" since.

"It was challenging," the pop star recalled. "I had, like, a physical reaction the first time that I watched it, like [an] anxiety attack."

"But it's been good and a part of telling my story is taking ownership and just owning my truth," Lovato added. "No matter what people say when they watch it, it doesn't matter … I'm standing in such truth that nothing that anyone can say can shake me." In Lovato's tell-all docuseries, which premiered last month at the SXSW Film Festival, viewers learn more about the trauma that the "Anyone" singer has faced throughout her life.

From her eating disorder to being sexually assaulted at the age of 15, viewers also get an in-depth look at what really happened before, during and after the singer's 2018 overdose.

Demi Lovato: Dancing with the Devil is the singer's third documentary and second with YouTube.

In 2012, she released Stay Strong, which covered her rough recovery from purging and self-harming. Then in 2017, she debuted the YouTube biographical film, Simply Complicated, where she admitted she was on cocaine for the majority of filming Stay Strong.

Also during her Tonight Show appearance, Lovato touched on her new album, Dancing with the Devil … The Art of Starting Over, which is a companion piece to her new docuseries.

At one point during the interview, Lovato sang her praises for Ariana Grande, who appears on the album on the track, "Met Him Last Night."

Detailing that she and Grande, 27, "have known each other for several years," Lovato said the pair have always "talked about wanting to do a song together," but, as Lovato explained, "it just never happened."

"She's just been someone that's really, really supportive of my career, but when it came time for this album, I played her some of the songs … and she started writing ['Met Him Last Night'] with me in mind," Lovato revealed. "She played it for me and she was like, 'I have this song, I want to help share your story.'"

Lovato then detailed that she thought Grande sounded "incredible" on the song, which prompted her to ask the "Into You" singer to stay on the track.