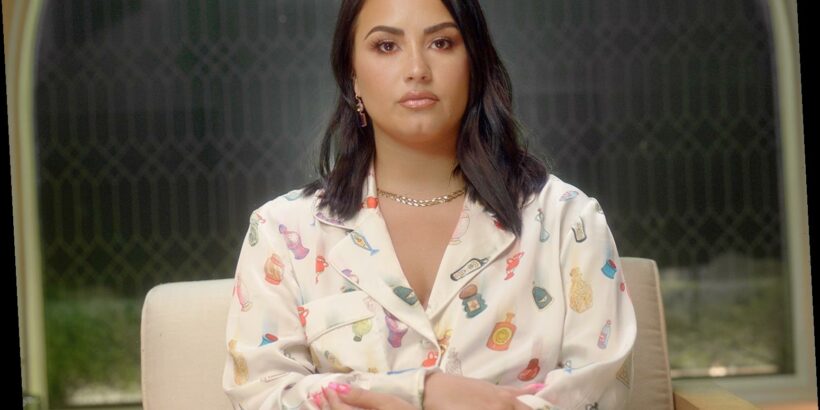 Demi Lovato is getting candid about her relationship to drugs and alcohol.

In her YouTube docuseries Demi Lovato: Dancing with the Devil, which premiered at SXSW Tuesday night, the "Anyone" songstress revealed that she isn't sober and that she drinks and smokes marijuana in moderation.

"I've learned that shutting a door on things makes me want to open the door even more. I've learned that it doesn't work for me to say 'I'm never gonna do this again,'" the 28-year-old says in the documentary, adding that she has protocols in place to help prevent her from relapsing on hard drugs like heroin.

Lovato is "getting ahead of the curve and being proactive" by receiving Vivitrol shots once a month. Vivitrol blocks opioid molecules from attaching to opioid receptors and take away the stimulation of dopamine, which cause a person to get high.

The singer then says she's "done with the stuff that's going to kill me," but admits that she still smokes weed and drinks occasionally. Traditionally in rehabs and 12-step programs, recovery is predicated on complete abstinence from drugs and alcohol and not moderation. "Telling myself I can never have a drink or smoke marijuana is setting myself up for failure because I am such a black-and-white thinker," she says. "I had it drilled into my head for so many years that one drink was equivalent to a crack pipe."

The singer explained that she had been "hesitant" about sharing this aspect because of what she faced with her 2018 overdose and after being "the poster child for sobriety" for so long.

However, she makes it clear that her new relationship with drugs and alcohol isn't for everyone.

"I also don't want people to hear that and think they could just try having a drink or smoking a joint because it isn't for everyone," she says in the docuseries. "Recovery isn't a one-size-fits-all solution. shouldn't be forced to get sober if you're not ready. You shouldn't get sober for other people. You have to do it for yourself."

Not all of Lovato's friends and mentors agree with her decision, however.

"Moderation doesn't work. Sorry. If you drink you're going to drink more. If you take a pill, you're going to take another one," Elton John says in the episode. "You either do it or you don't."

"Demi knows the whole moderation thing isn't something I totally agree with," her manager Scooter Braun says. "What I've learned with the whole addiction thing is if I push her to do what I want, I push her away. I can't control her. What I can do is be a friend and hope that she's right."

Demi Lovato: Dancing with the Devil premieres on YouTube on March 23.

If you or someone you know is struggling with addiction, please contact the SAMHSA substance abuse helpline at 1-800-662-HELP.