Each week, Benjamin Law asks public figures to discuss the subjects we're told to keep private by getting them to roll a die. The numbers they land on are the topics they're given. This week, he talks with Marcia Hines. The 64-year-old singer moved from Boston to Australia as a teenager in 1970 to join the cast of the musical Hair. She has released more than 20 albums and continues to tour, while having also been a judge on Australian Idol. 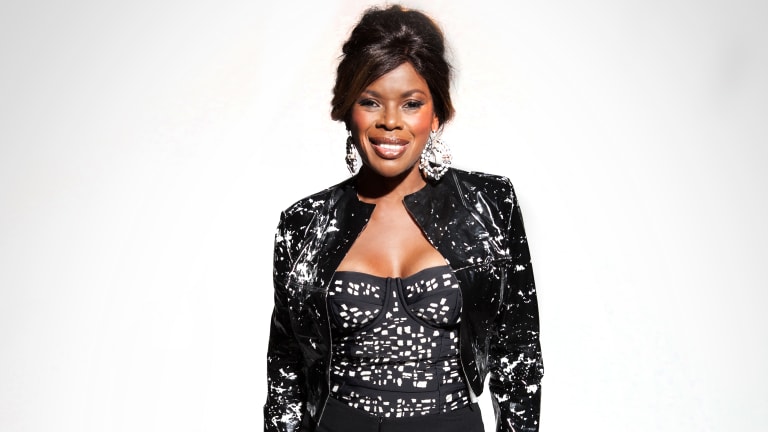 Are you spiritual or religious in any way?

Both, but I'm not dumb enough to bring it up at the dinner table. [Laughs] It can be such a killjoy, you know what I mean?

You've learnt that from trial and error?

No, I've learnt it after seeing people put their foot in their mouth. [Laughs]

Well, you're in company that wants to talk about it. Let's start with the spiritual.

I'm a great believer in karma: what you put out comes back to you. And it's so much easier to be a nice person than to be a shit.

So few people seem to realise this.Oh, man. All the energy it takes to think about how you're going to shoot somebody down is corrosive to your spirit.

You grew up in Boston, Massachusetts, to Jamaican parents. How would you describe your religious side?

I was brought up in the Church of England. Most black kids in America are brought up in church. I'm God-fearing and try to live by "Do unto others". That's really an easy one. If I know I've treated people correctly and they decide to treat me badly, it's not my problem. I go to church when I go back to America, which can be a few times a year. I've got a cousin – Grace Jones' brother – and he's got a really incredible Baptist church in Los Angeles. When I go to LA, I make sure I go there.

What do you get out of going to church?

Oh, it's the music! [Laughs] It's all about the music.

You're 64. Obvious question: what's your secret?

Great genetics, man! [Laughs] My mother looked incredible and was 80 when she passed away in 2003. She still had great legs and could wear a really nice dress. I look at all my rellies and we've been blessed with good skin. And I take care of myself, especially in this business. I'm not going to lie and say I don't like sweets and junk, but I look at junk as a treat; I don't look at it as a way to eat. I don't drink – I've never been a drinker – and I don't smoke. And I'm a pescatarian – I only eat fish and vegetables.

What do you love about your body?

I love that I'm still relatively slim. My legs are still strong and I can still do my work, because performing on stage is pretty strenuous.

What's the toughest thing you've ever put your body through?

Childbirth [Hines has a daughter, Deni, aged 47]. That was … memorable. [Laughs] And I did have an operation on my knee. When my knee fell out of its socket, that was very close to childbirth-level pain. Right up there. Ask any footballer.

How did that happen?

You have been a household name here since the 1970s. The Australian entertainment industry was pretty monocultural then; it arguably still is. What was it like being a rare black face in a very white industry?

Well, I went to white schools in America, so that was probably a good way to deal with that, coming into a relatively white country. It didn't bother me then; it doesn't bother me now. No matter what colour your skin is, everybody's a little bit different.

On a good week? Four to five miles of walking a day, or I'll go the gym. And I walk the stairs instead of taking the lift; every little bit helps.

Say you can go back in time and talk to your teenage self. What would you tell her about sex?

Teenage Marcia Hines – is she gonna listen? [Laughs] I don't think when you're a teenager, you're aware of how special sex is. So I'd say, learn to enjoy it. Learn to realise what an incredible thing it is between two consenting adults who really dig each other.

Looking back, were you equipped with enough knowledge about sex by the time you were having it?

That's a question fraught with danger – because I fell pregnant at 16, so obviously not! Having said that, I don't think I'd change anything, because I've only had one child, and I'm so pleased I did. I was encouraged by my mother to make sure I did have my child. And when you have a baby, you can no longer be a baby. So I grew up quick. You become selfless. You learn another type of love that I don't think I could have learnt without having Deni. And I wouldn't change that for the world, either.

What would the world be without men? [Laughs] The older I get, the more I appreciate them!

What do you find sexy in a man?

Everything, just about. The way they walk. How awkward they can be. And there's nothing better than seeing a guy who's got manners – who doesn't mind opening doors, treating you with respect and caring for you. What could be better?