Whether it was Peking Duk's poppy performance or the puny number of punters watching, the pre-game entertainment for State of Origin I has been roundly panned.

Viewers at home were split into two main camps, both left scratching their heads. 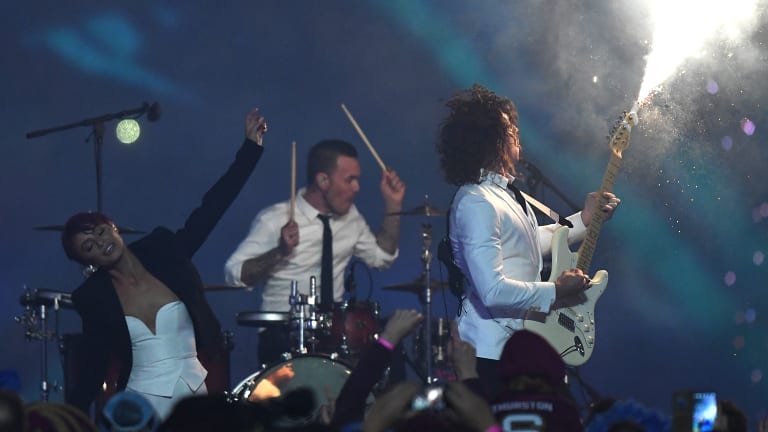 Peking Duk perform ahead of the opening State of Origin game at the MCG.

The first wondered who the hell the hipsters named after Chinese takeaway were on the telly, and why the NRL keeps serving them strange new-fangled artists nobody who listens exclusively to WSFM has heard before.

The second wondered why the popular Aussie electronic duo that almost took out 2015's Hottest 100 and had Australia's most-played track of 2016 were playing to a few dozen lacklustre fans.

The reaction echoes some of the responses to the controversial choice of entertainment for last year's NRL grand final, rapper Macklemore, who performed his song Same Love in a call for marriage equality in the middle of the postal vote survey.

But while the controversy leading up to Macklemore's performance culminated in his song surging up Australian iTunes charts, Peking Duk's effort was missing the essential ingredient: defiant anti-conservative hype.