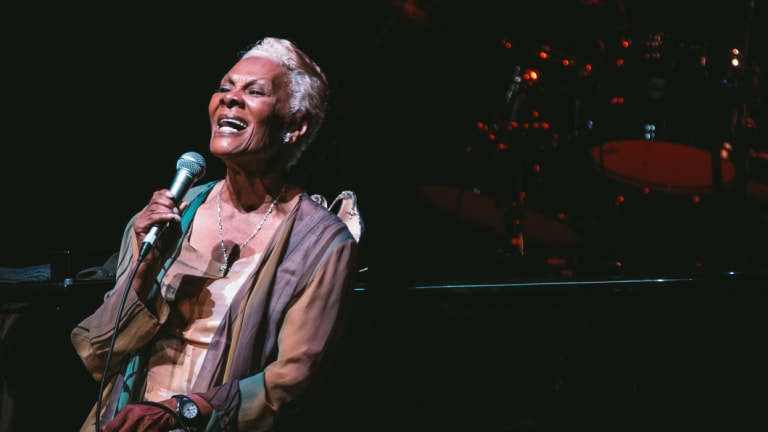 Dionne Warwick at the Palais.Credit:Rick Clifford

Dionne Warwick arrives on stage at the Palais in a loose, silky pants suit and fluffy slippers. In her hand dangles a pair of sparkly silver heels.

“I’m starting a petition,” she says, placing the strappy shoes on top of the grand piano at centre stage, where they remain for the rest of the evening. “A petition for the men who design these shoes to wear the shoes they desire us to wear!”

The crowd cheers at the prospect that such a glamorous diva has eschewed apparent elegance for comfort. Of course, the Grammy award-winner is 77 now. She’s not here to strut, she’s here to sing. And she’ll do it seated, thank you very much.

Warwick begins by setting the terms of our engagement: feel free to spontaneously sing, clap or dance “if the spirit should move you”, she instructs. It’s immediately apparent why, as she launches into one of her biggest hits right off the bat, Walk on By.

As happens to many terrific vocalists as the years roll on, those pipes ain’t what they used to be. Warwick can no longer reach most of the high notes, and she has rearranged many of her songs to suit a lower register. The overall delivery is a tad wobbly but there are still moments of greatness – flashes of recognition of the voice that once deftly meandered through melodies with that textured ease, like trickling molasses. 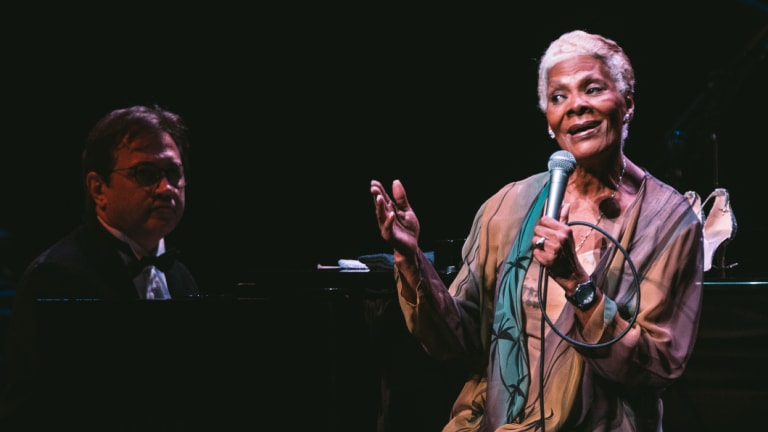 Dionne Warwick on stage at the Palais Theatre.Credit:Rick Clifford

Say A Little Prayer is given a contemporary R&B makeover and her eldest son, David Elliott, otherwise on drums, pipes in with some vocal flourishes to tie it all together. She even gets him to finish the song for her, in a gesture at once knowing and amusing.

Disappointingly, many of these early Bacharach numbers – I'll Never Fall in Love Again, Anyone Who Had a Heart, Message to Michael and I Need Your Love – are skimmed through in a sort of medley. More prominence is given to later material: 1982’s Heartbreaker, written by the Bee Gees, gets a huge rap, as does 1979's I'll Never Love This Way Again, where her voice shines much stronger than on some of the other songs.

Her five-piece band doesn't put a foot a wrong but nor do they have much spring in their step. Keyboardist Todd Hunter in particular looks about as excited as a toll-booth operator on his lunch break. The matching black-tie dinner suits, sheet music and corny synth ornamentations give the distinct impression of a cruise ship's in-house entertainment.

Warwick, herself beaming beneath those exquisite cheekbones all the while, passes the torch to her granddaughter (drummer David’s daughter) Cheyenne Elliot towards the end, for a few duets. It's a nice touch, even if Cheyenne hasn't got the memo about slippers v heels.

We hear the twenty-something’s latest single – a Motown-style pop song with a key change, recorded with Warwick – and she stays for the closing number, 1985's chartbusting AIDS benefit song That's What Friends Are For, originally recorded with Stevie Wonder, Elton John and Gladys Knight.