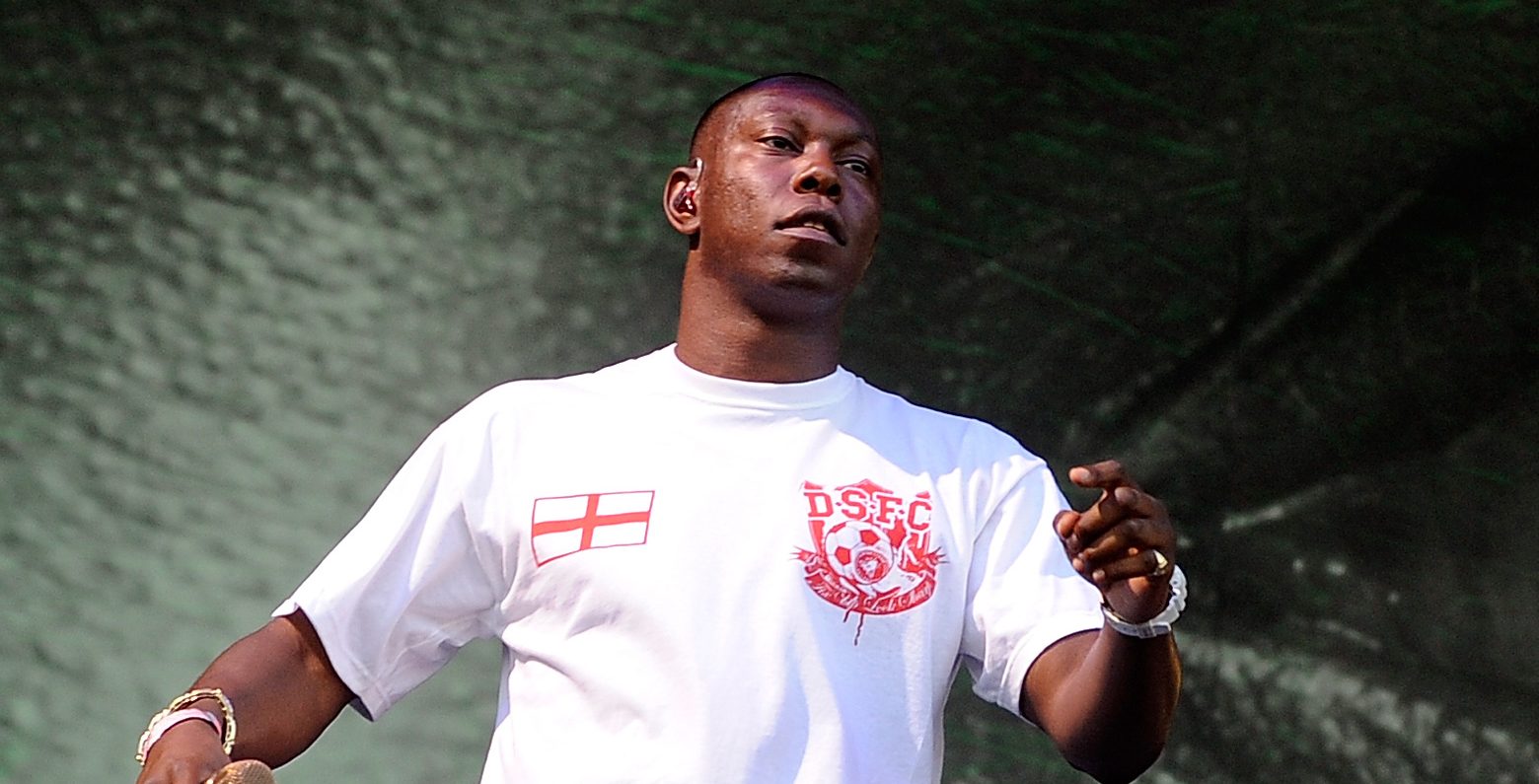 Dizzee Rascal still hasn’t forgiven Glastonbury for not choosing him as a headliner over Gorillaz in their time of need.

The Fix Up, Look Sharp rapper had a spot high up on the bill at Glasto 2010 with him performing after the likes of Snoop Dogg, Willie Nelson and Vampire Weekend.

His performance was placed right before the original headliners, U2, but the rock band were forced to pull out of the festival when frontman Bono suffered a back injury.

Dizzee, real name Dylan Mills, thought it would be a no-brainer that he’d move one slot up to the coveted headline position, but Glastonbury organisers instead roped in virtual collective Gorillaz, led by Damon Albarn, to replace U2.

The surprising decision is still a gripe for Dizzee, who stated on the JD In The Duffle Bag Podcast: ‘I should have headlined Glastonbury.

‘I’ve done Glastonbury since I think 2008, might have been the first time I did it.

‘I was one from the headline, and then someone dropped out, so they should have moved me up, but then they put on Gorillaz or someone.’

Sharing his theory as to why Glastonbury didn’t offer him the closing performance, Dizzee said: ‘It’s the confidence, they didn’t have the confidence.

‘Even though they’d seen me smashing the s**t out of it, they were just scared. And then Gorillaz came on, and no offence to them, but you’re not getting the same thing.’

He added: ‘You can’t put them on after me – are you alright?’

Dizzee’s 2010 set certainly hit the right spot with the masses lapping up his live performances of bangers like Stand Up Tall, Holiday, You’ve Got The Love and Dance Wiv Me.

Oh, what a time to be alive.

The grime legend even opened the show with Shout For England, his collaboration with James Corden as the unofficial anthem for the 2010 Fifa World Cup which, frankly, wouldn’t have been out of place during England’s tournament at the Euro 2020 just weeks ago.

Dizzee is today celebrating the 18th anniversary of his pioneering debut album, Boy In Da Corner, which was released on July 22, 2001, and is regarded as one of the greatest grime records of all time.