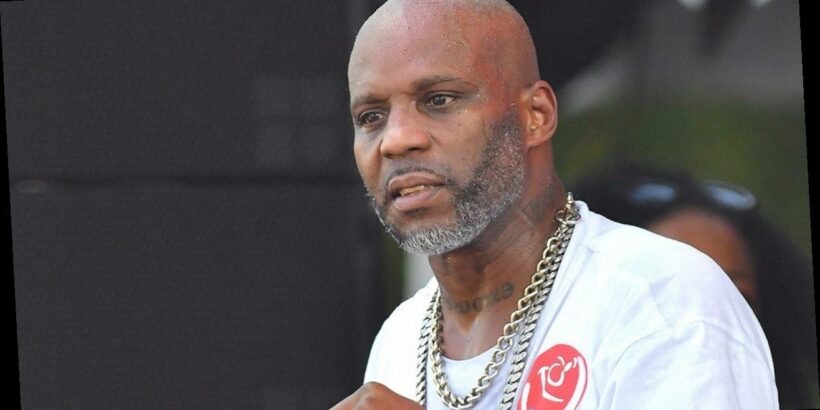 DMX has been hospitalized.

The 50-year-old rapper, whose real name is Earl Simmons, was rushed to the hospital on Friday night, according to multiple reports. DMX reportedly suffered a drug overdose at his New York home at around 11 p.m., which triggered a heart attack, per TMZ. ET has reached out to the rapper’s rep for comment.

He was then taken to a hospital in White Plains, New York, and is in the critical care unit, where he reportedly is exhibiting  “some brain activity,” the outlet reports.

The Ruff Ryders MC has previously battled drug addiction and had stints in rehab. Back in October of 2019, he canceled his tour and checked himself into rehab in order to maintain his sobriety.

As the news broke, DMX’s famous friends, including Missy Elliott, Ja Rule and more, sent their thoughts and prayers.

Prayers for DMX and his family🙏🏾💜 pic.twitter.com/NhKIx0aAyj

Please pray, send healing energy, whatever positive vibes you can for #DMX 🙏🏾🙏🏾🙏🏾 🖤🖤🖤

Prayers for DMX and his family. Awful, awful news. https://t.co/3HX9L5FNDk

Sending prayers to Dmx pull thru my brother 🙏🏽🙏🏽🙏🏽🙏🏽 pic.twitter.com/Ee1rfuPHXS

May God bless the Dog (DMX). Praying for him as I have just heard the terrible news. pic.twitter.com/EZze1zRSK3

Prayers up for DMX.

DMX we love you!

During an episode of Iyanla: Fix My Life in 2013, he sat down with Iyanla Vanzant, where he was confronted about his substance abuse. The host even mentioned that many people in the rapper’s life fear he could die any day.

“I don’t care about what people are concerned with… If I drop dead right now, I will have fulfilled the purpose that God had me do,” he responded.

DMX has previously claimed that his battle with drug addiction began when he was 14 and tricked into smoking crack by a mentor.

“I hit the blunt and … I was no longer focused on the money. I’ve never felt like this, it just f**ked me up,” he told hip-hop star Talib Kweli on the People’s Party podcast. “I later found out that he laced the blunt with crack. Why would you do that to a child? He knew I looked up to him.”