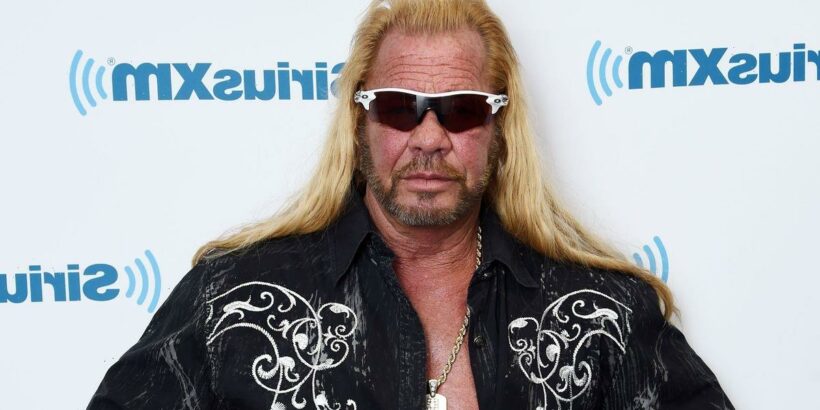 Dog the Bounty Hunter is following ‘very strong leads’ as he searched the coastline of the Florida campsite where fugitive Brian Laundrie stayed just five days before fiancée Gabby Petito was reported missing.

Duane “Dog” Chapman, who starred in A&E’s “Dog the Bounty Hunter” has been leading a bounty hunting expedition to find Laundrie, posting videos on social media of his search.

One video posted on Wednesday detailed his “active and specific search in a key area based on the intelligence we are receiving and researching. Boat crews and ground teams have been called in and we have search and rescue dogs deployed.”

Chapman, 68, has been aboard a boat and working with his own teams around the Fort De Soto site about 75 miles from the North Port home Laundrie shared with dad Christopher, 62, and mom Roberta, 55.

“He's been using a boat. But we don't want other folk piling in with their boats in the area. He's following specific information,” said the reality star’s spokesperson Jennifer Willingham.

“This could very well be the last day of the hunt to apprehend Brian Laundrie.”

Dog and his new wife Francie Frane were seen arriving Wednesday morning at Fort De Soto Park in Pinellas County, where it has emerged that 23-year-old Laundrie had camped with his parents five days before his fiancée Gabby Petito was reported missing.

Laundrie has been on the run since Petito, whose body has since been found, was declared missing. Her remains were later discovered in Wyoming, near where the two were last seen together.

Concerns began for Petito’s wellbeing began when Laundrie returned home to Florida without his fiancé after the pair had been on a roadtrip together.

Laundrie family attorney Steven Bertolino confirmed that Laundrie went camping with his parents after his return in early September, but his family insist they don’t know their son’s current whereabouts.

The reality TV duo, who tied the knot in Colorado only weeks ago, looked ready for business as they hopped out of their huge white truck with American flags flying, and chatting to police officers outside the park entrance.

Dog, who was convicted of first degree murder in the 1970s, added: 'I wanna talk to his dad and explain the difference between involuntary manslaughter and murder one out of Wyoming.

'In murder one, you're facing the death penalty. A manslaughter is a life sentence with the possibility of parole.

'I wanted to explain to him, "I know exactly what you're going through right now. As a matter of fact, I personally went through it." So, I just wanted to talk to the dad.'

Despite the TV star's confidence, the FBI continued their hunt for Laundrie, which is now on day 11, in the 25,000-acre alligator and snake-infested swampland of Carlton Reserve.