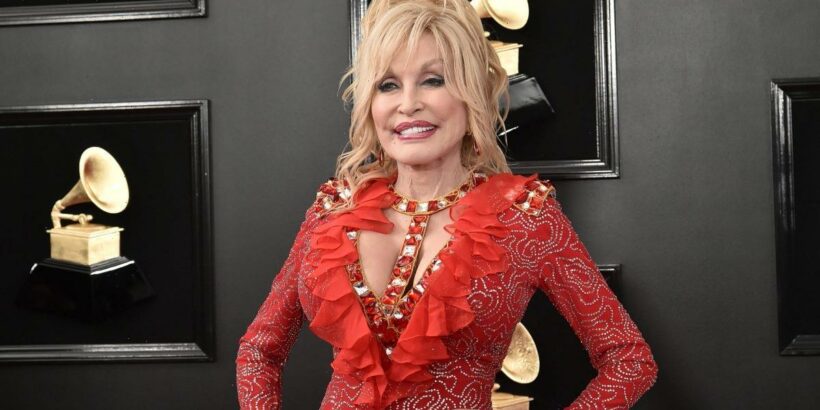 Even though Carl Dean has been adamant about staying out of the spotlight ever since he married Dolly Parton, the Queen of Country has never been shy when it comes to talking about the love of her life. In an interview she did with Playgirl Magazine in 1981, Parton spoke about her and Dean’s tender marriage.

Parton’s interviewer, Lawrence Grobel, asked her if her relationship with Dean was more “passionate or affectioned.” “More affectionate,” she answered.

“And as passionate as it needs to be,” she said, as recorded in the book Dolly on Dolly. “The more passionate you are, the more apt you are to fight and scratch and disagree. People who have to have each other for sex purposes usually have a tendency to fight the most. Then they have the greatest joy getting back together.”

The “Jolene” singer went on to say that she and Dean rarely argued. Sometimes they needed space from each other, but that was about as ugly as it got.

“Sometimes we’ll get a little touchy if we’re tired or aggravated, but the worst it ever gets to is ‘Why don’t you get out and go somewhere? Why don’t you get out of my face for a while?’” she said. “We never put ourselves in a situation where we bicker back and forth. It’s just too easy to pick up the habit of arguing. Years ago we decided that if we never started then we’d never have to keep it up. It becomes a form of recreation, and sometimes it’s the only excitement in people’s lives. I’d rather argue with anybody rather than Carl, ‘cause I don’t want that stuff between us.”

Parton never wanted to be in a situation with Dean where she accidentally said something hurtful in the heat of the moment.

Parton and Dean have been married for 55 years. In 2016, when the couple celebrated their 50th wedding anniversary, they decided to renew their vows — “We’re going to get married again!” Dolly told People. “I’ll have a beautiful wedding dress, ’cause I didn’t have a big long wedding dress when we got married, and we’ve got a suit for him, so we’re going to dress up and take a bunch of pictures.”

After all this time, Parton and Dean have maintained a peaceful marriage. In her 2020 book, Dolly Parton, Songteller: My Life in Lyrics, the “Dumb Blonde” singer maintained “My husband and I have never fought.”

“We might get a little pissy now and then, but we don’t go back and forth,” she wrote. “I never wanted to have anything like that between us.”