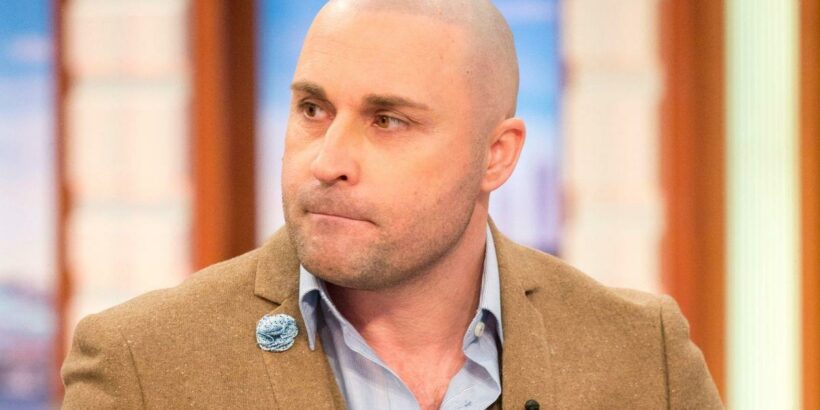 Dreamboys boss David Richards has been jailed for 27 years for axing his girlfriend in the head.

The 42-year-old waited for hours to ambush 32-year-old Alex Alam outside her Essex home.

Her children were still inside the property when she was attacked after he saw her kiss TOWIE's Kirk Norcross.

Ms Alam said in Chelmsford Crown Court. : "I've been utterly betrayed beyond belief by the person I chose to have children with, turning my life upside down."

Judge David Turner KC judge praised her for "courageously" attending Thursday's sentencing hearing where she wept as details were read out.

Mr Carter said: "The weapon was taken to the scene and used.

"Plainly there was planning, the buying of the axe, the dry suit, the cable ties.

"Clearly pre-meditation prior to the night and on the night.

"You will remember he waited a number of hours dressed as he was, with the weapon, waiting for (Ms Alam's friend) Mr Norcross to depart."

The judge said his behaviour was "obsessive" and claimed he had a "jealous mindset".

The judge then added: "Your dream home, family and lifestyle to which you had aspired had very sadly unravelled and left you depressed, isolated and angry.

"This crime was planned and prepared for.

"A hatchet or hatchets were bought, as were a dry suit, boots, gloves and cable ties."

He then added that Richards had "stalked and monitored the home and Ms Alam before that night".

He continued: "You waited for hours on the night itself until she was alone and her friend had left.

"You knew perfectly well she would come to the yard in darkness to house the dogs.

"You waited in the shadows, then confronted her."

Judge Turner sentenced Richards to 27 years in prison and made a restraining order until further order.