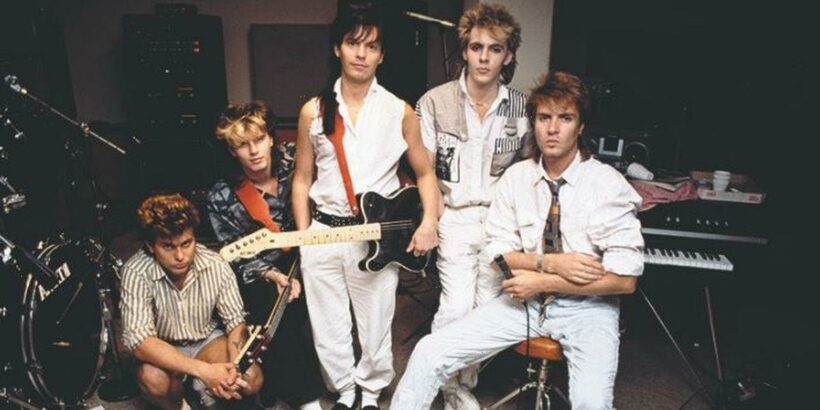 Denis, who photographed the band on their Sing Blue Silver tour in 1984, spoke exclusively to Daily Star about what it was like to tour with the band as they broke America – from being chased down the street by fans, to becoming lost backstage in a huge arena.

In Duran Duran: Careless Memories, published by ACC Art Books, Denis captures the band's rise to fame and American breakthrough through a series of photographs on the Sing Blue Silver Tour – with commentary from the band themselves.

Many of the photographs have never been seen before, and capture the hysteria that Duran Duran caused during the tour, with Denis saying: "They were one of the first MTV bands to go to America. They were all over it, so when they arrived in America, they were this cross-over between pop stars and movie stars.

"It was a bit like Beatlemania. America just went mental and I don't think everyone was prepared for that. It was my version of The Beatles."

Following hits including Girls On Film, Rio, Hungry Like The Wolf, Planet Earth and The Reflex, Duran Duran became one of the biggest bands in the world, and are loved by generations of fans.

Their fans would often sing and chant outside their hotel rooms during the tour, and on one occasion, singer Simon Le Bon accidentally made one of them faint.

"I was in a limo with Simon Le Bon, going down the road in New York," says Denis.

"He opened the window as he saw two Duran Duran fans in the road, and Simon just opens the window and goes 'hello'.

"One of them just collapsed on the pavement. All you could hear was 'oh my God'."

On another occasion, Denis recalled him and bassist John Taylor being chased down the street when they went out for dinner in New York.

"John and I went out for dinner one night. I got chased down the street by a dozen girls. Screaming.

"I said to John, 'I think I'll just have dinner in my room in future."

The hysteria grew to such a point that Denis recalls he and the band having to meet in certain locations to get from gig to gig.

"We'd have to meet at the hotel, in the underground carpark, then come out that way. Another place we had to go through the kitchens," says Denis.

The new book captures the band's life both on and off the stage, including their incredible performances that have continued to delight fans across the world for more than 40 years.

As the band performed on the tour, Denis was photographing them in action, including one snap that shows bassist John Taylor smiling for the camera as "the band were having the time of their lives."

"They were becoming huge. It was really good fun and it was amazing to be on the inside, watching a band break America."

However, before one particular show, Denis revealed that there was one night when the group had their own Spinal Tap mockumentary moment.

"We did get lost trying to find the stage one day. So Spinal Tap came out of that one. There were all these tunnels."

Away from the stage, Denis also captured what life was really like on tour, in a series of candid and eye-opening photographs that are sure to be a treat for any Duran Duran fan.

He said: "Most of the tour is hanging around. You're in the hotel lobby.

"There's one of Roger and John's asleep. He's passed out on the sofa while we're waiting for the bus to the airport.

"Then of course I'd take them on the plane and backstage, but it was always in those few places. Hardly ever out in the open air."

Speaking about the group, who Denis has formed a close friendship within the past 40 years, the photographer said: "They were great to be around, they were having the time of their lives.

"They were on the front of Cosmopolitan, Rolling Stone. It was fun to be part of that."

More than 38 years since the group embarked on the tour, Denis and Duran Duran have revisited the photographs for the new book, with the photographer thankful to his close friends for providing their thoughts on the tour for Duran Duran: Careless Memories.

"I had, from a journalist who I worked with a lot, a lot of interviews with them on tape. So we transcribed some of those and I used those as the comments from them then.

"Then the high end limited edition books are signed by all the band, so because they did a lot of signings, sometimes I would talk to them during that and that's where I got some of the quotes from today."

He added: "It was great to get their thoughts then and now," saying: "Of course they did laugh at some of them."

Denis also revealed the poignancy of the photographs, saying that John Taylor used to read NME on the way to school and would see the photographs of punk bands that Denis took for the magazine.

It was these photographs that cemented their friendship, and would lead to an unforgettable experience for Denis on the Sing Blue Silver Tour.

"We had this connection between what I was doing and what he was about to do," Denis said.