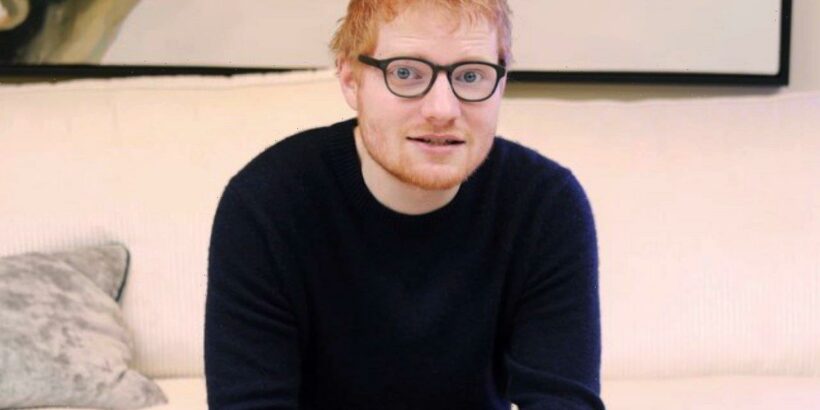 The ‘Shape of You’ hitmaker is rumored to release not just one but two new studio albums after fans notice the symbols on the new jerseys of the soccer club sponsored by the singer.

AceShowbiz –Ed Sheeran fans are convinced the singer has two new albums on the way.

Earlier this week (begs03May21), the “Shape of You” star was announced as the new sponsor of his beloved soccer club Ipswich Town.

And in a newly-released logo, which is expected to appear on the first-team’s new jerseys, his followers noticed the symbols for plus, minus, equal, divide and multiply.

Plus (“+”), Multiply (“x”), and Divide “(÷)” are the titles of Ed’s first three albums – leading fans to believe the two remaining symbols could be the titles of his upcoming albums.

“Am I the only one confused on WHY there’s a minus and equal sign… those albums aren’t even out yet?” penned one fan on social media.

“Am I the only one seeing a minus symbol? Is this a way to announce the new album?” added a second, while a third simply questioned, “Both?”

“It’s not just me that needed 5 minutes to realise Ed Sheeran’s new shirt has both a minus and an equalise sign on it and he actually DOESN’T have albums with those symbols,” said another while musing the possibility of new music following Ed’s recent 18-month hiatus.

It comes after Ed, who took time off to spend time with his wife Cherry Seaborn and baby daughter Lyra, was spotted filming a new music video in London last month

Details of Ed Sheeran’s new music are still sketchy, but he marked his 30th birthday earlier this year with a hint about his next LP. “30 today,” he wrote. “Thank you for all your wonderful messages, I feel very loved. Currently dressed the same as I was on my 3rd birthday about to chow down on Colin the pirate caterpillar (cake), poor bloke. I’ll be back online with the 4th instalment in the series later this year, until then xx (sic).”