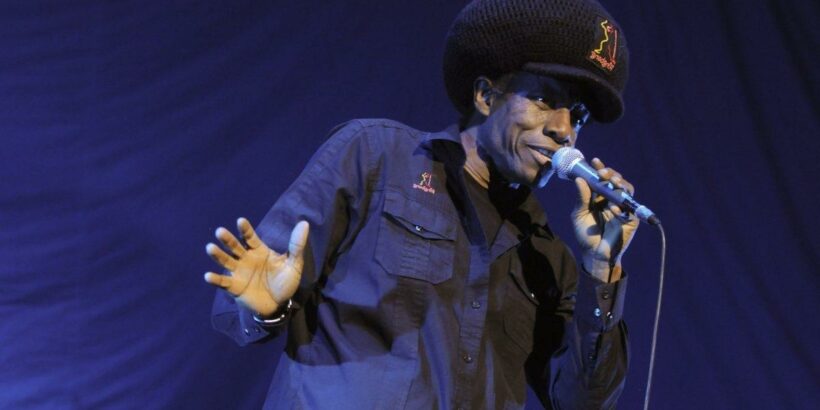 Every once in a while a song that is both catchy and meaningful makes its way into popular culture and stands the test of time by remaining a hit for decades. Eddy Grant’s “Electric Avenue“ is one such song, with a catchy and upbeat sound that people everywhere can recognize and name within a matter of seconds of hearing it. Interestingly, the song’s lyrics have a much darker meaning than the background music makes people realize upon first hearing it, which you can learn more about below.

‘Electric Avenue’ was a smashing success

In 1982, Eddy Grant released his album Killer on the Rampage. This was his sixth album, and it remains his most successful album to date, mostly thanks to the tracks “Electric Avenue” and “I Don’t Wanna Dance”, which hit the US and UK at #2 and the UK at #1 respectively, according to Billboard. The song was even nominated for a Grammy Award in the Best R&B Song category in 1983, but Michael Jackson‘s “Billie Jean” took home the title instead, according to Grammy.com.

The title refers to Electric Avenue in Brixton, a district in south London, which was the first market street that was lit by electricity. According to The Guardian, Grant became familiar with the district while he acted at the Black Theater of Brixton. Many people also don’t know that Grant actually played every instrument featured on the track, which is a major testament to the musical talent Grant possesses.

Behind the funky beat and fun instrumentals, however, is a song that provides commentary on the tensions that arose in the early 1980s in the district.

The song was influenced by the Brixton Riots

Brixton was known for having a large population of Caribbean immigrants, among other groups of people of color, and there was widespread racial policing, high unemployment rates, and severe poverty in the early 1980s. The United Kingdom as a whole had a struggling economy, but Brixton was hit particularly hard during this time. It didn’t help that there was a “stop and search” law that allowed police officers to search anyone they deemed suspicious, which disproportionately led to black people being profiled and searched.

According to the BBC, the final straw came on April 10th, 1981 when rumors began circulating of police brutality against a black man led to hours of largely peaceful protests. This took a turn the next day when an arrest was made in Brixton, and violence erupted for three days, mostly between young black people and the Metropolitan Police.

Over 300 people were injured and many were arrested. After the Brixton Riots, a report was released called the Scarman report, that admitted racial disadvantage was a part of British life, yet also claimed that “institutional racism” did not exist within the police force. Upon hearing of these events, Grant got to work and wrote “Electric Avenue” after leaving the UK and losing many of his tracks due to the airline losing his bags. Grant stated that, “The song was intended as a wake-up call.”

Grant’s music career didn’t end with “Electric Avenue”, and the artist continued to advocate for Black people throughout his long history in the music business. In 1988, he released the anti-apartheid song “Gimme Hope Jo’anna”, which was later banned by the South African government.

More recently, Grant has advocated for non-monetary reparations, telling Stabroek News that, “We are not looking for your money we are looking for equity, fairness, what is our worked value, not money. The business of slavery included us…hand on heart we have become partners…you have refused to do the right thing to pay us for the work, for our culture, for our brains you have removed and all the children you have killed…”